Metatrend #9: Trillion-Sensor Economy: The Ability to Sense and Know Anything, Anytime, Anywhere 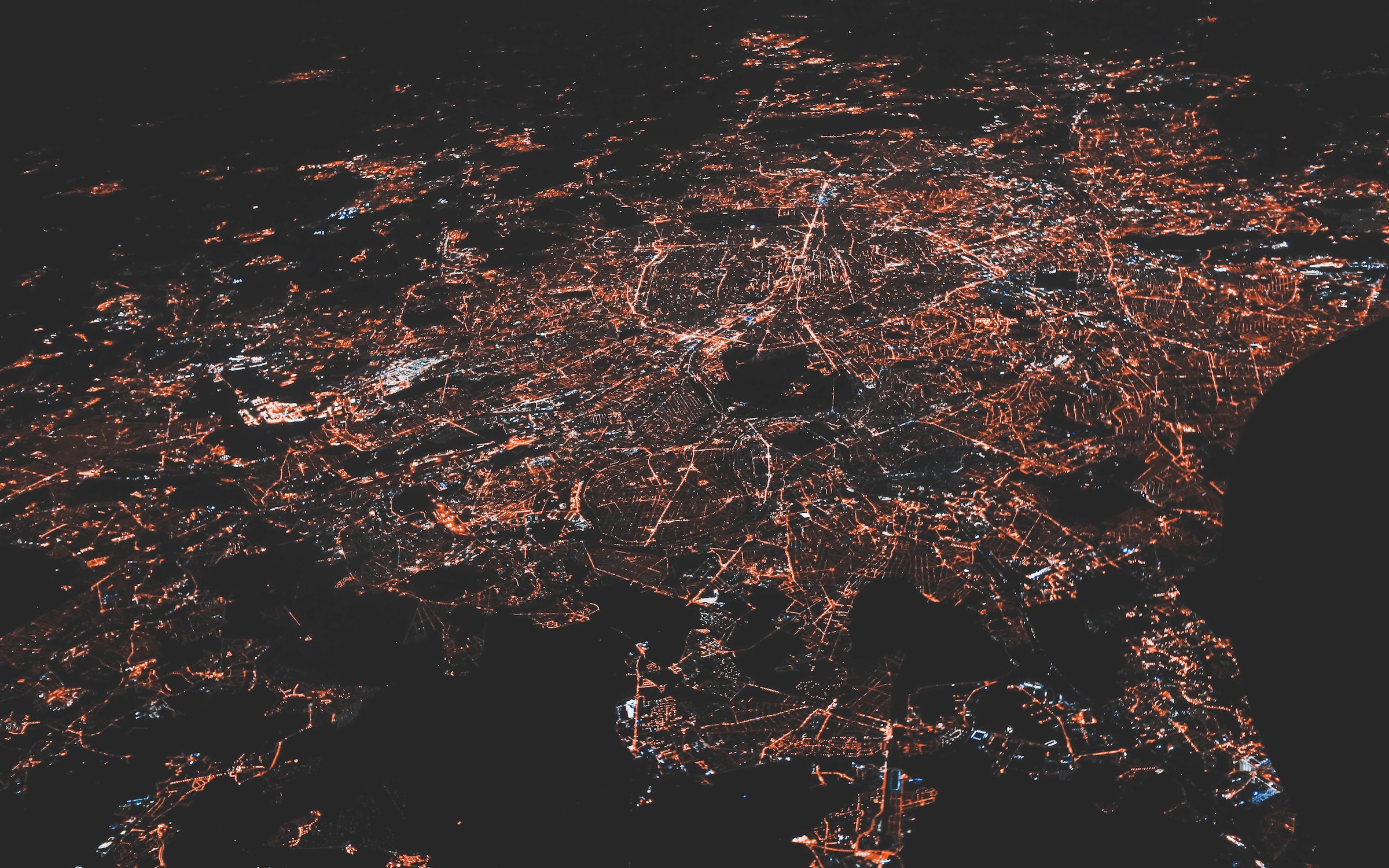 These sensors are pervasive...

Finally, in the decade ahead, forward-looking cameras on your AR (augmented reality) headsets will capture a permanent record of our activities and surroundings, what we eat and who we interact with.

Today, we are birthing a “trillion-sensor economy” in which everything is being monitored, imaged, and listened to at all times.

This Metatrend is driven by the convergence of terrestrial, atmospheric, and space-based sensors, combined with machine learning and data networks.

In this future, it’s not “what you know,” but rather “the quality of the questions you ask” that will be most important.

In today’s blog, we’ll look at the technologies that will power this future and 4 areas being impacted by the explosion of sensors and connected devices.

NOTE: Want to learn more about how the trillion-sensor economy and other Metatrends are re-inventing every industry? Then join my year-round Mastermind and Executive program Abundance360 and participate in our annual Summit in March.

We are in the middle of a sensor revolution.

A sensor is any electronic device that measures a physical, quantitative value (e.g., acceleration, light, temperature, etc.) and sends that data to other devices on a network.

Sensors make our environment more intelligent, increase safety, and add hours to our lives—among other benefits.

They are also the foundation of the Internet of Things (IoT): the vast web of connected devices that collects, aggregates, and processes data and information across digital networks.

Global consulting firm McKinsey estimates that the total number of connected devices worldwide will reach 43 billion in 2023, a nearly three-fold increase from 2018. As more connected devices come online—from streetlights and elevators, to water pumps and gym vests—that number will only increase.

By 2030, McKinsey estimates that IoT could enable anywhere from $5.5 trillion to $12.6 trillion in economic value.

Let’s look at 4 areas that are the most impacted by the increasing number and sophistication of sensor technology.

Have you ever wondered how your smartphone is able to detect everything from temperature to phone positioning?

The answer is sensors. There are nearly 20 sensors in the average smartphone. Here’s a list of the most common ones:

Some smartphone models go beyond this typical list. For example, the iPhone 14, launched earlier this year, features dual ambient light sensors for the first time. Previous models only have a single ambient light sensor, but the iPhone 14 includes the additional sensor on the back of the phone helps to both adjust display brightness and determine exposure for the rear camera system.

And there are already plans to add even more sophisticated sensors to the next lineup of iPhones. In November 2022, Sony announced that it would likely supply the next version of iPhone with its latest state-of-the-art image sensor.

So, with all these sensors, how much data are our smartphones collecting?

Smartphones are constantly collecting data. For example, a study by researchers at Trinity College Dublin found that Google Android handsets collect 1MB of data every 12 hours.

Smart homes are homes with WiFi-connected devices that are controlled using a voice assistant or a mobile app.

By that definition, as of 2022, there are nearly 260 million smart homes in the world.

And this number is expected to take off as the smart home market grows rapidly in the coming years. Consumer spending on smart home technology is projected to go from $135 billion this year to roughly $170 billion by 2025, a 26% increase.

So, what exactly is inside all these smart homes?

For many people, the most common smart home devices are voice assistants like Alexa. For example, one-third of US consumers own a smart speaker.

The benefits of these WiFi-connected devices in your home range from increased security, lower insurance rates (some insurance companies will reduce premiums by up to 20% for homes with automated security systems), and reduced energy use (enabled by smart heating/cooling systems and lighting controls which can save users 50% of their home energy use).

The “smart manufacturing sector” consists of factories fully immersed in sensors and data collection. McKinsey expects this “industrial IoT” to reach $500 billion by 2025 (nearly doubling from its 2020 value of $290 billion).

According to a survey by Deloitte, 86% of manufacturers believe that smart factory initiatives will be the main driver of manufacturing competitiveness in the next 5 years.

What will drive that growth and competitiveness?

The average modern car has over a dozen sensors: from airflow and voltage sensors, to those that measure oxygen levels and detect rain.

So, how much data are all these sensors collecting?

Even at lower levels of autonomy, AVs generate a ton of data, up to 25 GB per hour. The equivalent is roughly 30 hours of HD video playback and more than a month’s worth of 24-hour music streaming.

And as we add more self-driving features, we’ll increase the number of sensors needed to operate an AV, and therefore the amount of data. It’s important to note that different sensors generate different amounts of data.

For example, an analysis from electric vehicle manufacturer Lucid Motors gives the below breakdown:

Each AV has several of each type of sensor onboard, and when you combine all the data being generated across all sensors each AV could generate thousands of terabytes of data each year.

That’s a ton of data generated by a single car, but it’s a fraction of the amount of data in the world when we take a global view.

AN EXPLOSION OF DATA

This “trillion-sensor economy” is causing (and will continue to increasingly cause) an unfathomable quantity of data. Just think of it this way, millions of autonomous cars on the road generating 25 GB each. Millions of drones in the skies. Billions of sensors on our bodies, in our bodies and in our homes. It’s almost incomprehensible!

And with the increasing proliferation of sensors and connected devices, this explosion of data is set to continue.

A recent study in Nature estimates that by the 2030s the world will generate 1 yottabyte of data each year—that’s 1024 bytes. It’s equivalent to the amount of data that would fit on DVDs stacked all the way from Earth to Mars.

During this decade, we will live in a world where just about anything that can be measured will be measured—all the time.

What will all these sensors and data do for us?

You’ll be able to know almost anything you want to know.

Are you in the fashion business and desire to know how fashion trends are changing this week? Your AI can analyze the billions of photos of the crowds walking down Madison Avenue and give you an exact analysis on colors, hem length, and styles.

Your doctor no longer needs you to visit her office. All that’s required is a quick glance of your health data uploaded from your wearables and implantable devices that measure everything in and on your body, accurately, 24 hours per day.

Farmers now know the moisture content in both the sky and the soil, allowing them to pinpoint water for healthier crops and bigger yields—while reducing water waste. Drones and robots image crops for disease and inform the robots when the crops are ripe for picking.

These are just a few examples.

From the edge of space to the bottom of the ocean to the inside of your bloodstream, our world’s emerging “electric skin” is producing a sensorium of endlessly available information. And with rapid advances in AI, it possesses the machine learning required to make sense of that information.

Welcome to the hyper-conscious planet.

In our next Metatrend blog (#10 of 20), we’ll explore High-Bandwidth Brain-Computer Interfaces (BCI)—the future of connecting your neocortex with the cloud.

Are you If you’re interested in what I think is *most important* for entrepreneurs, creatives, and leaders to understand over the next 10 years?

Metatrend #10: Connecting Your Brain to the Cloud (BCI)