The Power of Small Groups 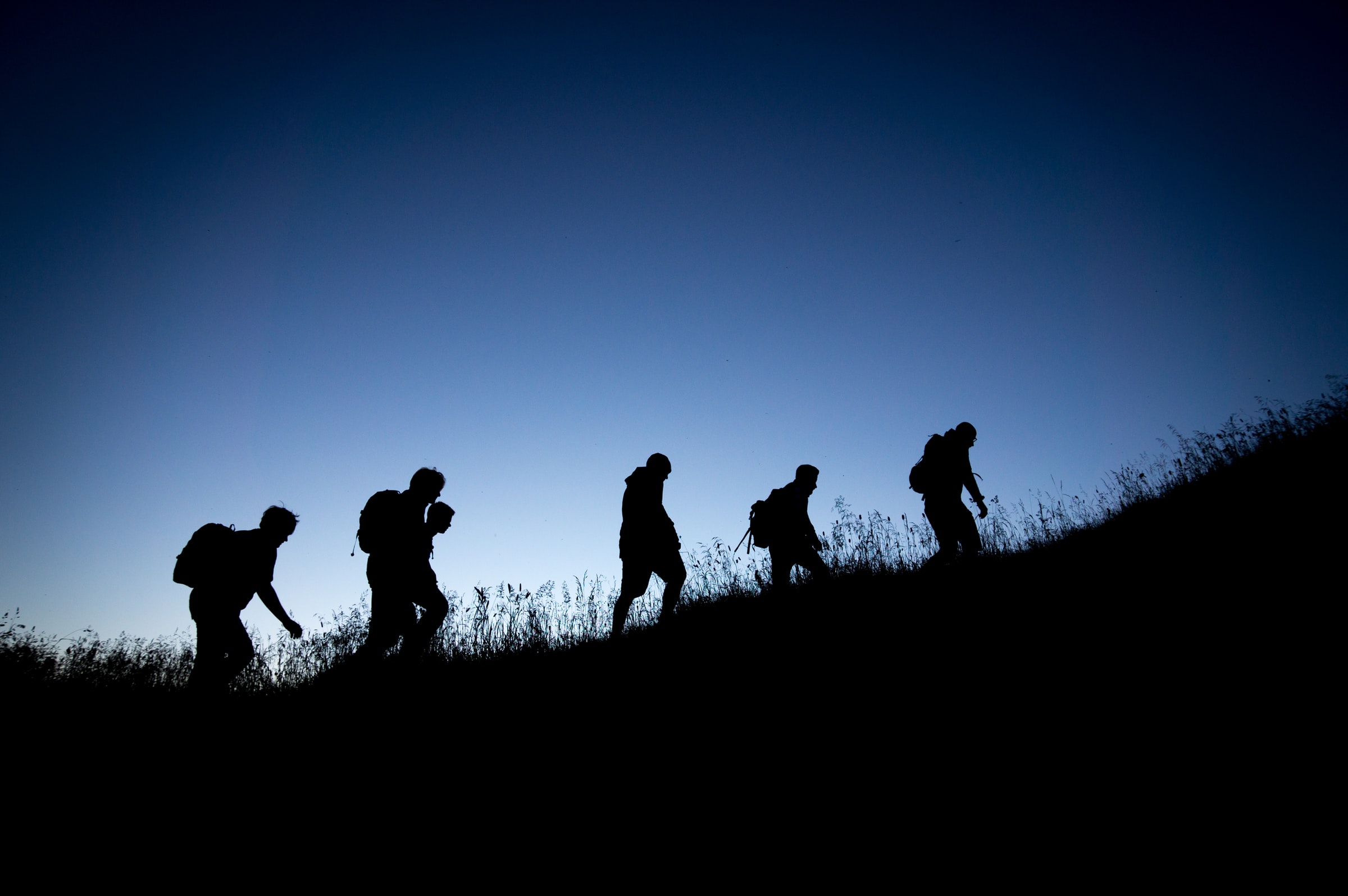 I’m often struck by the ability of a small group, even a single individual, to change the world.

One of the key benefits (among many!) of rapidly advancing exponential technologies is that the quality of our tools has finally caught up with the scope of our visions.

This means that small groups of entrepreneurs and innovators can now tackle problems that were once solely the purview of huge corporations and governments.

I’ve seen this happen repeatedly throughout my career, but no example captures the spirit and the power of small groups than famed aerospace designer Burt Rutan.

In today’s blog, I’ll share the story of how Rutan leveraged the power of a small group to create history and win the $10M Ansari XPRIZE. Ultimately, he did something that every major aerospace company thought was impossible: change the paradigm of human spaceflight.

As you read the story and take inspiration from him, ask yourself: How can you use technology to tackle some grand challenge or pursue your Moonshot?

ORIGINS OF THE US SPACE PROGRAM

In America, our relationship with the final frontier began in the spring of 1952, when the National Advisory Committee for Aeronautics (NACA)— which would later become NASA—decided it was time to go up, up, and away.

The aim was to fly an airplane faster and higher than anyone had ever gone before, with an official goal of Mach 10 (10,000 feet per second) and 100 kilometers straight up (into the middle of the mesosphere).

The result was the X-series of experimental aircraft, including the X-1, which carried pilot Chuck Yeager through the sound barrier, and the X-15, which carried Joe Walker so much farther.

The X-15 was an extreme machine. Built from a nickel-chrome alloy called Inconel X, the plane could withstand temperatures hot enough to melt aluminum and render steel useless.

It “took off” from California’s Edwards Air Force Base, strapped beneath the wing of a B-52.

After falling a safe distance away, the rocket plane fired up its engines and went bat out of hell through the sky—which is what it took to get pilot Joe Walker off this planet.

Walker’s departure took place on July 19, 1963, the date he flew the X-15 past the one-hundred-kilometer mark, becoming the first man to fly a plane into space.

It was an incredible feat, and one that required a massive effort.

But this was the cost of flying to the edge of space until Burt Rutan came along.

He built a lot of them.

Extremely lucky airplane designers work on three or four machines over the course of a career.

Rutan, on the other hand, is prolific.

Since 1982, he’s designed, built, and flown over forty experimental aircraft: including the Voyager, which made the first nonstop, non-refueled flight around the world, and the Proteus, which holds the world record for altitude, distance, and pay-load lift.

Along the way, Rutan also developed a serious frustration with NASA’s inability to truly open the space frontier.

In his mind, the problem was one of volume.

As Rutan puts it, “The Wright Brothers lifted off in 1903, but by 1908, only ten pilots had ever flown. Then they traveled to Europe to demonstrate their aircraft and inspired everyone. The aviation world changed overnight. Inventors began to realize, ‘Hey, I can do that!’ Between 1909 and 1912, thousands of pilots and hundreds of aircraft types were created in thirty-one countries. Entrepreneurs, not governments, drove this development, and a $50 million aviation industry was created.”

Rutan helped kick off a similar revolution in human spaceflight, and in the process he beat the behemoths at their own game.

His human-carrying spaceplane, imaginatively called SpaceShipOne, outperformed the government’s X-15 in every measure.

For example, rather than costing billions and requiring a workforce of thousands, in 2004 SS1 took flight with only $26 million and a team of thirty engineers.

Instead of just one astronaut, the SS1 boasted three seats.

“The success of SpaceShipOne altered the perceptions of what a small group of developers can do,” says Gregg Maryniak, former Director of the James S. McDonnell Planetarium in Saint Louis.

“Everyone had grown to believe that only NASA and professional astronauts could travel into space. What Burt and his team did was demonstrate that all of us will have the chance to make that trip in the near future. He changed the paradigm.”

Since then, just over 350 manned flights have taken more than 600 people into space.

We owe much of the recent progress in spaceflight to what Rutan and his small team accomplished nearly 20 years ago.

His story is yet more evidence of the American anthropologist Margaret Mead’s famous statement: “Never doubt that a small group of thoughtful, committed citizens can change the world. Indeed, it is the only thing that ever has.”

And rapidly accelerating technologies, from Artificial Intelligence to biotech, mean that a small group of committed people has more leverage and power than at any time in history.

So, the question is: How will you change the world?

For the second year running, I am offering an exclusive opportunity for 6 Abundance360 Scholars to join my A360 community and virtually attend my upcoming Summit (February 2-4, 2022).

If you or someone you know is a brilliant, aspiring young entrepreneur, engineer, innovator, technologist, or medical professional, I encourage you to apply and/or share this opportunity.

For details and to apply, please visit this link!

How Do You Build a Thriving Community?

5 Benefits of Being Grateful