Tokenizing the World with Blockchain

In almost every industry you can think of, blockchain is poised to cut out middlemen, dramatically improve transparency, and multiply the efficiency of countless transactions worldwide.

In 2018 alone, over 22,000 businesses around the world borrowed more than $380 billion from crowdlending services.

In Part 1 of the Future of Fintech, I discussed how mobile is redefining money and banking and shared some of the dramatic transformations in the global remittance infrastructure.

In this blog, we’ll discuss:

Let’s dive right back in…

Peer-to-peer (P2P) lending is an age-old practice, traditionally with high risk and extreme locality. Now, the P2P funding model is being digitized and delocalized, bringing lending online and across borders.

Crowdlending next took off in the United States in 2006, with platforms like Prosper and Lending Club. The U.S. crowdlending industry has boomed to $21 billion in loans, across 515 thousand loans.

Let’s take a step back… to a time before banks, when lending took place between trusted neighbors in small villages across the globe. Lending started as peer-to-peer transactions.

As villages turned into towns, towns turned into cities, and cities turned into sprawling metropolises, neighborly trust and the ability to communicate across urban landscapes broke down. That’s where banks and other financial institutions came into play — to add trust back into the lending equation.

With crowdlending, we are evidently returning to this pre-centralized-banking model of loans, and moving away from cumbersome intermediaries (e.g. high fees, regulations, and extra complexity).

Fueled by the permeation of the internet, P2P lending took on a new form as ‘crowdlending’ in the early 2000’s. Now, as blockchain and artificial intelligence arrive on the digital scene, P2P lending platforms are being overhauled with transparency, accountability, reliability and immutability.

We are beginning to augment our quantitative decision-making with neural networks processing borrowers’ financial data to determine their financial ‘fate’ (or, as some call it, your credit score). Companies like Smart Finance Group (backed by Kai Fu Lee and Sinovation Ventures) are using Artificial Intelligence to minimize default rates for tens of millions of microloans.

The benefits of this AI-powered lending platform do not stop at increased loan payback rates -- there’s a massive speed increase as well. Smart Finance loans are frequently approved in under 8 seconds. As we’ve seen with other artificial intelligence disruptions, data is the new gold.

Two of the leading blockchain platforms for P2P lending are ETHLend and SALT Lending.

ETHLend is an Ethereum-based decentralized application aiming to bring transparency and trust to P2P lending through Ethereum network smart contracts.

Secure Automated Lending Technology (SALT) allows cryptocurrency asset holders to use their digital assets as collateral for cash loans, without the need to liquidate their holdings, giving rise to a digital-asset-backed lending market.

While blockchain poses a threat to many of the large, centralized banking institutions, some are taking advantage of the new technology to optimize their internal lending, credit scoring, and collateral operations.

HQLA-X runs on the R3 Corda blockchain -- a platform designed specifically to help heritage financial and commerce institutions migrate away from their inefficient legacy financial infrastructure.

Blockchain and tokenization are going through their own fintech and regulation shakeup right now. In a future blog, I’ll discuss the various efforts to more readily assure smart contracts, and the disruptive business model of security tokens and the U.S. Securities and Exchange Commission.

Parallels to the Global Abundance of Capital

Initial Coin Offerings (ICOs) and crowdfunding are taking a strong stand in disrupting the $164 billion venture capital market. The total amount invested in ICOs has risen from $6.6 billion in 2017 to $7.15 billion USD in the first half of 2018. Crowdfunding helped projects raise more than $34 billion in 2017, with experts projecting that global crowdfunding investments will reach $300 billion by 2025.

In the last year alone, using ICOs, over a dozen projects have raised hundreds of millions of dollars in mere hours. Take Filecoin, for example, which raised $257 million  in only 30 days; its first $135 million was raised in the first hour. Similarly, the Dragon Coin project (which itself is revolutionizing remittance in high-stakes casinos around the world) raised $320 million in its 30-day public ICO.

On May 6, 2010, the Dow Jones Industrial Average suddenly collapsed by 998.5 points (equal to 8 percent, or $1 trillion). The crash lasted over 35 minutes and is now known as the ‘Flash Crash’. While no one knows the specific reason for this 2010 stock market anomaly, experts widely agree that the Flash Crash had to do with algorithmic trading.

With the ability to have instant, trillion-dollar market impacts, algorithmic trading and artificial intelligence are undoubtedly ingrained in how financial markets operate.

In 2017, CNBC.com estimated that 90 percent of daily trading volume in stock trading is done by machine algorithms, and only 10 percent is carried out directly by humans.

Artificial intelligence and financial management algorithms are not only available to top Wall Street players.

Artificial intelligent financial agents are already helping financial institutions protect your money and fight fraud. A prime application for machine learning is in detecting anomalies in your spending and transaction habits, and flagging potentially fraudulent transactions.

How else are artificial intelligence and automation transforming finance?

When was the last time that you paid in cash at a toll booth? How about for a taxi ride?

Driving down I-95 on the East Coast of the United States, drivers rarely notice their financial transaction with the state’s tolling agencies. The transactions are seamless.

The Uber app enables me to travel without my wallet. I can forget about payment on my trip, free up my mental bandwidth and time for higher-priority tasks. The entire process is digitized and, by extension, automated and integrated into Uber’s platform. (Note: This incredible convenience manytimes causes me to accidentally walk out of taxi cabs without paying!).

In January 2018, we saw the success of the first cutting-edge, AI-powered Amazon Go store open in Seattle, Washington. The store marked a new era in remittance and transactions -- gone are the days of carrying credit cards and cash, and gone are the cash registers. And now, on the heals of these early ‘beta-tests’, Amazon is considering opening as many as 3,000 of these cashierless stores by 2023.

Amazon Go stores use AI algorithms that watch various video feeds (from advanced cameras) throughout the store to identify who picks up groceries, exactly what products they select, and how much to charge that person when they walk out of the store. It’s a grab and go experience.

Let’s extrapolate the notion of seamless, integrated payment systems from Amazon Go and Uber’s removal of post-ride payment to the rest of our day-to-day experience.

Imagine this near future:

Once we remove the actively transacting aspect of finance, what else becomes possible?

Extraordinary transformations are happening in the finance world.

We’ve only scratched the surface of the fintech revolution.

All of these transformative financial technologies require high-fidelity assurance, robust insurance, and a mechanism for storing value.

I’ll dive into each of these other facets of financial services in future blogs.

For now, thanks to coming global communication networks being deployed on 5G, Alphabet’s LUNE, SpaceX’s Starlink and OneWeb, by 2024, nearly all 8 billion people on Earth will be online.

Once connected, these new minds, entrepreneurs, and customers need access to money and financial services to meaningfully participate in the world economy.

By connecting lenders and borrowers around the globe, decentralized lending drives down global interest rates, increases global financial market participation, and enables economic opportunity to the billions of people who are about to come online.

We’re living in the most abundant time in human history -- and fintech is just getting started.

The CIA estimates over $90 trillion of global value is stored in cash, banknotes, money markets, and bank accounts. 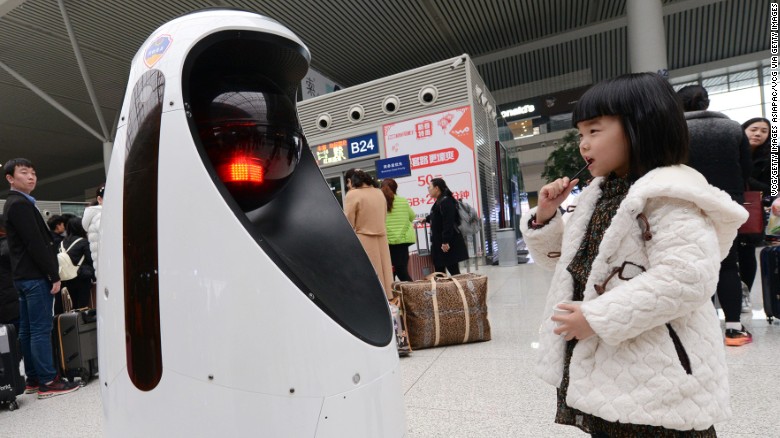 In this week's Abundance Insider: Living clothing, robot cops in Dubai, and Fidelity’s experiments with bitcoin.