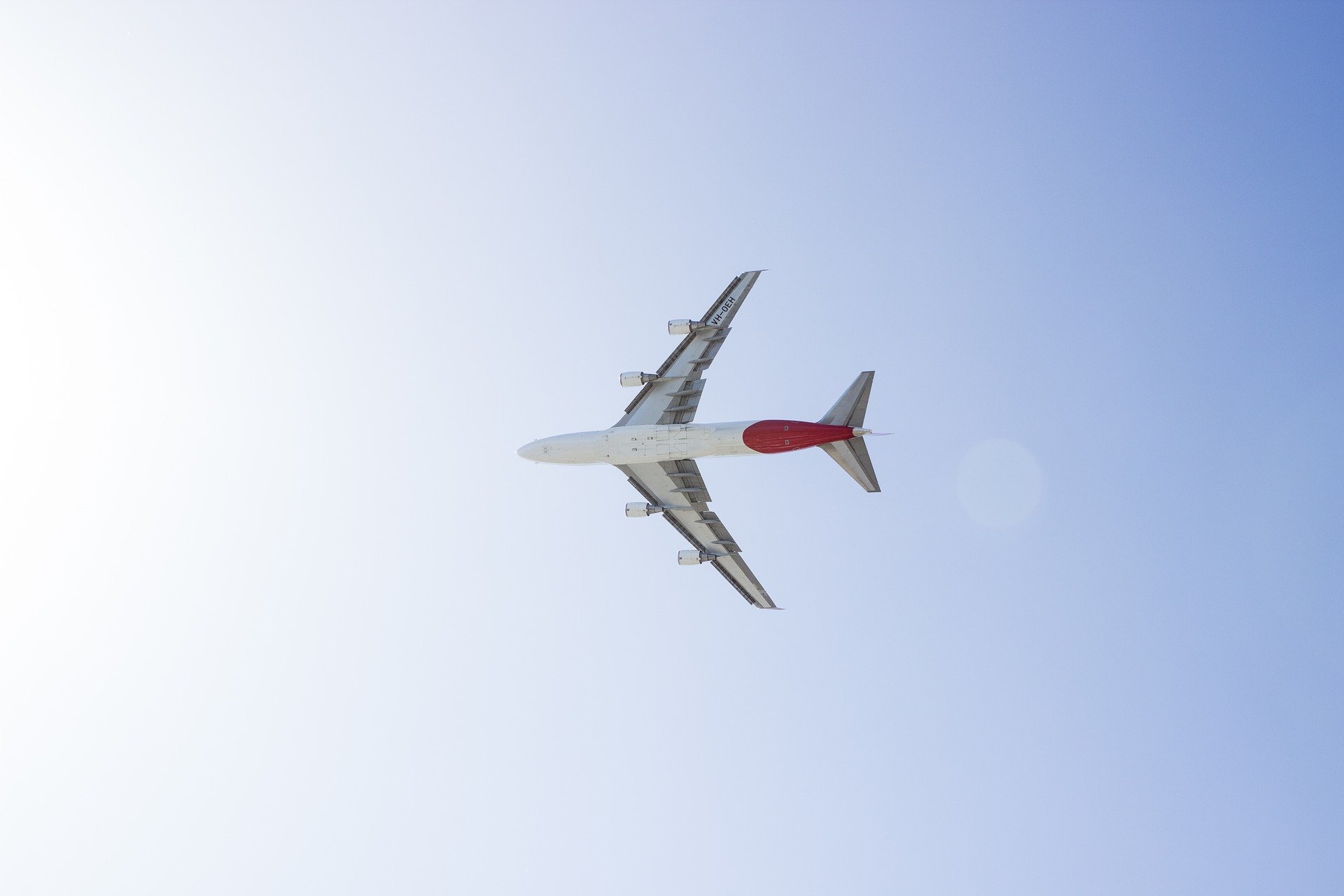 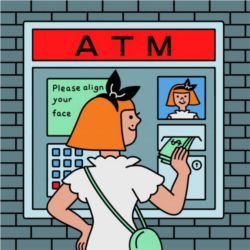 What it is: The use of facial recognition as a means of online identity verification is exploding in China. Face++ -- available as an API and developed by Beijing-based Megvii -- is used by 300,000 developers across 150 countries and, according to the company, about 90% of the top Chinese Internet companies. Key applications for Face++ and competing services from companies like Baidu and SenseTime include using your face in place of a badge to enter Alibaba, as a means of verifying ID prior to boarding trains, or authenticating users of online banking. Interestingly, Face++ is powered by its own deep learning algorithm, Brain++, which enables Megvii to customize it for clients -- for example, an app used by law enforcement where network connectivity may not always be perfect.

Why it's important: The applications of artificial intelligence in China are exploding. Most of the Rising Billion are coming online via mobile, and culturally are more comfortable with radical transparency than in the West. Written Chinese characters are not as straightforward as English, leading to different adoption curves and UI’s than in the West. As with conversational interfaces, look for new use cases for facial recognition to emerge, and think about how they might be applied in your region of the world. Share on Facebook

What it is: Qualcomm recently released a video of its next mobile processor Snapdragon and sensor package. This package is essentially comprised of thousands of infrared light dots that map objects in 3D and in real time. Although Qualcomm does not refer to it as LIDAR, the effects of the new imaging capabilities are comparable: a device with active depth-sensing on board can gauge the shape of objects and their distance to within about 0.1mm. Apple is also involved in the development of AR apps for iOS, as Apple is already planning for its first phone with laser range-finding capabilities.

Why it's important: Soon we will see a rapid uptake of AR using our mobile devices. These devices will be packed with a suite of sensors connected by high-bandwidth communications to the cloud. The result is that each of us will have an incredible user interface with high-speed communications, making our virtual experiences so good that you won't need to travel to experience something. The use of Augmented Reality on mobile devices could potentially replace the use of displays and screens in the near future. Share on Facebook

What it is: OpenAI recently defeated the world's best players in the Dota 2 tournament, setting a new record for the first Artificial Intelligence to beat top pros in competitive esports. The complexity of this game is due to the incomprehensible number of possibilities presented in the game, yet the Elon Musk-backed bot succeeded nonetheless -- and with only two weeks of learning time. Musk initially founded OpenAI as a nonprofit venture to help prevent AIs from destroying off civilization. The team behind the Dota 2 AI are now working to extend the bot's capabilities to compete across the full game during next year's tournament.

Why it's important: Following the AlphaGo AI vanquishing Asia's Go champs and the poker bot Libratus beating top pro poker players at Pittsburgh's Rivers Casino earlier this year, this esports Artificial Intelligence demonstrates just how capable AI systems are getting. As AI can learn and apply reasoning in highly complex situations, we'll eventually adopt the technology throughout our everyday lives using methods we once conceived as incomprehensible. Share on Facebook

What it is: Microsoft recently announced its Coco Framework, adding further legitimacy for the use of blockchain applications throughout the enterprise, and establishing a foundation from which more complex, real world applications can be developed to transform industries. Compatible with any ledger protocol and boasting transaction speeds of 1,600 per second with distributed governance, Coco addresses some of the main areas of complexity that limit adoption by IT organizations today.

Why it's important: Think of Coco as a the start of a simplified user interface to the blockchain. By reducing some of the complexity at the foundation of blockchain, this seems analogous to the explosion of the Internet after the entrance of the Mosaic web browser. Keep an eye out for unique ways of using blockchain technology throughout key verticals like healthcare and finance -- what does this mean for the adoption of cryptocurrencies like Ether? Share on Facebook

What it is: New research conducted by UBS Bank claims that pilotless planes have the potential to save the aerospace and aviation industry more than $35 billion. As a result, airlines could reap the rewards of lower costs -- operating, training, fuel and insurance premium costs -- totaling $26 billion in pilot cost savings for commercial airline firms. Despite these savings, UBS' Evidence Lab Survey of 8,000 people showed 54 percent of respondents as reluctant to fly in a pilotless plane. Seventeen percent of people stated that they would partake in a pilotless flight -- and 30 percent of participants between the ages of 18 and 34 indicated they would.

Why it's important: As this exponential technology continues to advance and improve, the cost to build and operate pilotless planes will drop drastically. Although there are still design, security and technological challenges to overcome, pilotless planes have the potential to completely disrupt the airline industry and demonetize air travel. Share on Facebook 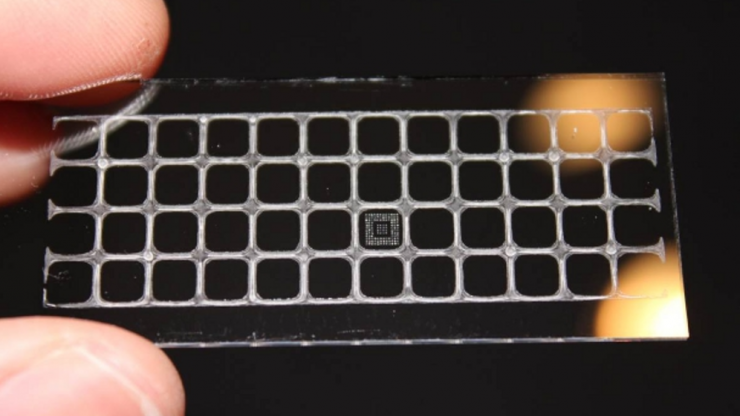 What it is: A team at Duke University led by Ashutosh Chilkoti have created a portable “lab on a chip” capable of testing for disease biomarkers in as little as 15 minutes -- the same accuracy of the ELISA method, the current gold standard. By introducing a novel polymer brush coating, the team's D4 Assay reduces the background noise in the sample, enabling sharper accuracy in far less time. The D4, which can produce results with a mobile phone camera, is anticipated to cost less than $30 when produced at scale.

Why it's important: As a precursor to full-scale digitization of blood diagnostics, this breakthrough represents a step to the democratization of healthcare, and an example of applying information theory and noise reduction concepts to the analog world (i.e. blood analysis). Cheaper testing is in itself a boon to diagnostics, as it enables the collection of more data on which to apply AI for new insights. Share on Facebook

What it is: Tesla is in talks with the State of Nevada and the State of California to begin testing fully autonomous electric long-haul trucks. Operating in platoon style, where one truck follows closely behind another, this concept has customers and autonomous vehicle fans excited. Very little cross traffic on highways presents a great first use case for autonomous systems, and would go a long way in making us comfortable with fully unmanned systems.

Why it's important: Interestingly, most of the skepticism here centers on the viability of an electric long-haul truck versus the unmanned element, indicating that fully autonomous vehicles seem to be close to a tipping point in public discourse. As with the other aspects of mindset we discuss, when people believe things are possible (e.g. going to the Moon), big breakthroughs occur. Expect the disruption of the transportation industry to continue and expand. Share on Facebook

Astro Teller: My Closing Speaker At A360