In this week's Abundance Insider: 3D-printed rib replacements, gesture-directed gadgets, and a new weapon in the fight against Alzheimer’s.

What it is: The FCC recently granted permission for Google to continue development of Project Soli, its radar-based gesture tracking system. Launched in 2015, Soli promised to change the way we interact with our devices, enabling users to push buttons, turn dials, or zoom in and out without physically touching them. To improve tracking accuracy and reliability, Google needed to increase the radar’s power, which led to a protracted discussion with the FCC and striking an agreement with Facebook on interference concerns. With this decision, Google is again free to improve on its already slim 10 mm x 8 mm hardware package, associated software and machine learning algorithms.

Why it's important: WIth a small design and low power consumption, the Soli is well-suited to embed in wearables, phones, PC’s, cars, and IoT devices to name just a few. Additionally, as Soli opens up to a broader community with its SDK, look for additional gestures and use cases to arrive, such as in AR and VR environments. | Share on Facebook 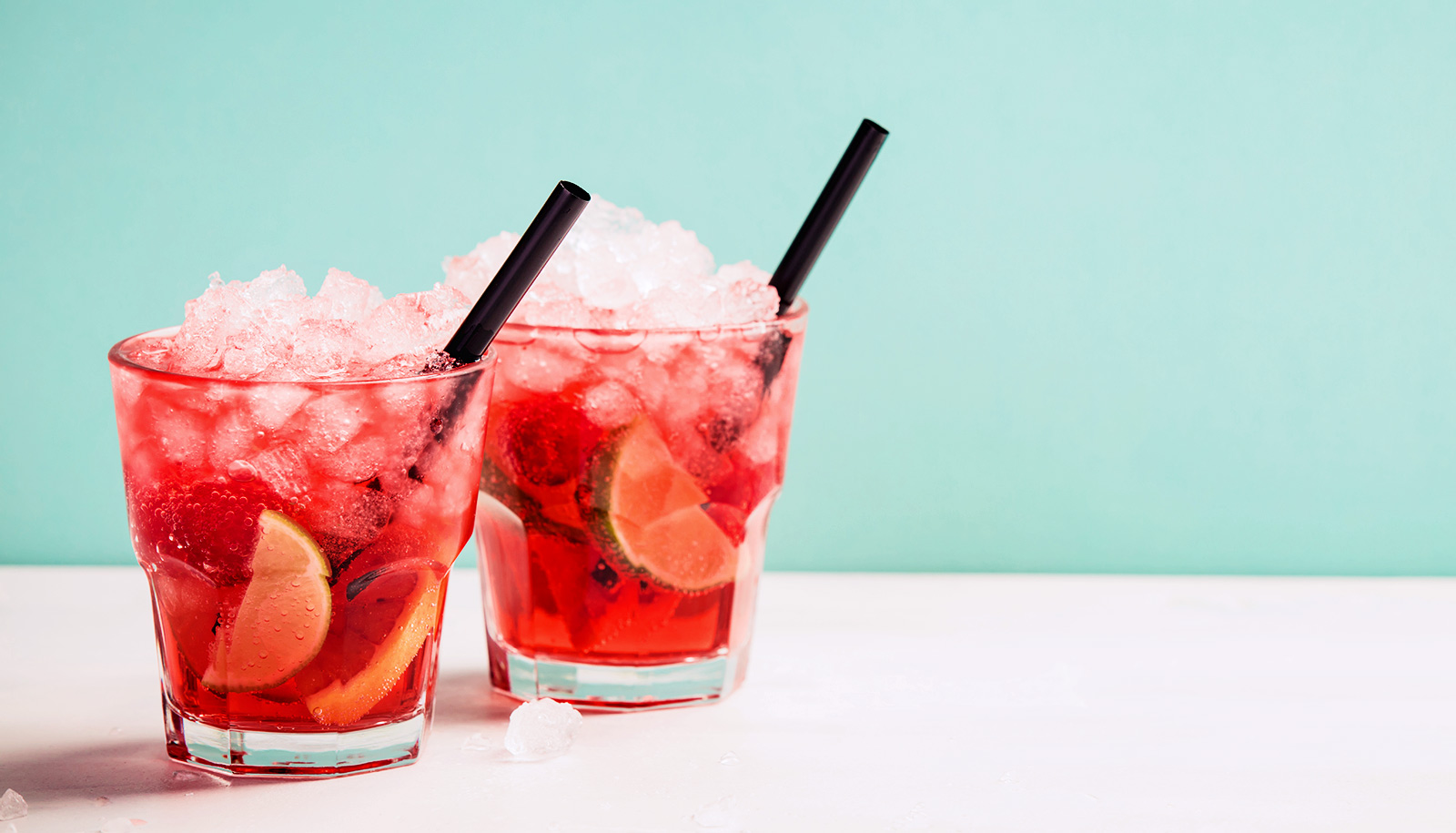 What it is: A first step in the onset of Alzheimer’s occurs when amyloid beta peptides bind to prion proteins in the brain’s neurons. After testing tens of thousands of different molecules, researchers at Yale University identified a mixture of small polymer molecules that can inhibit this amyloid beta to prior binding mechanisms. The polymer mixture inhibits this preliminary Alzheimer’s mechanism, and the researchers also discovered that administering the molecules repaired memory function in mice engineered to display Alzheimer’s. The next step before clinical trials is to ensure that the cocktail is safe for humans.

Why it's important: Neurodegenerative diseases are among the leading causes of decreased health and longevity. While we often hear of regenerative medicine (stem cells, 3d printing, and prosthetics) augmenting our physical health, ensuring the longevity of our minds is crucial to extending the human health span. More than ever, an abundance of research and technology development (from biochemistry like in this study to nanotechnology to artificial intelligence) is directly working to combat Alzheimer’s. | Share on Facebook 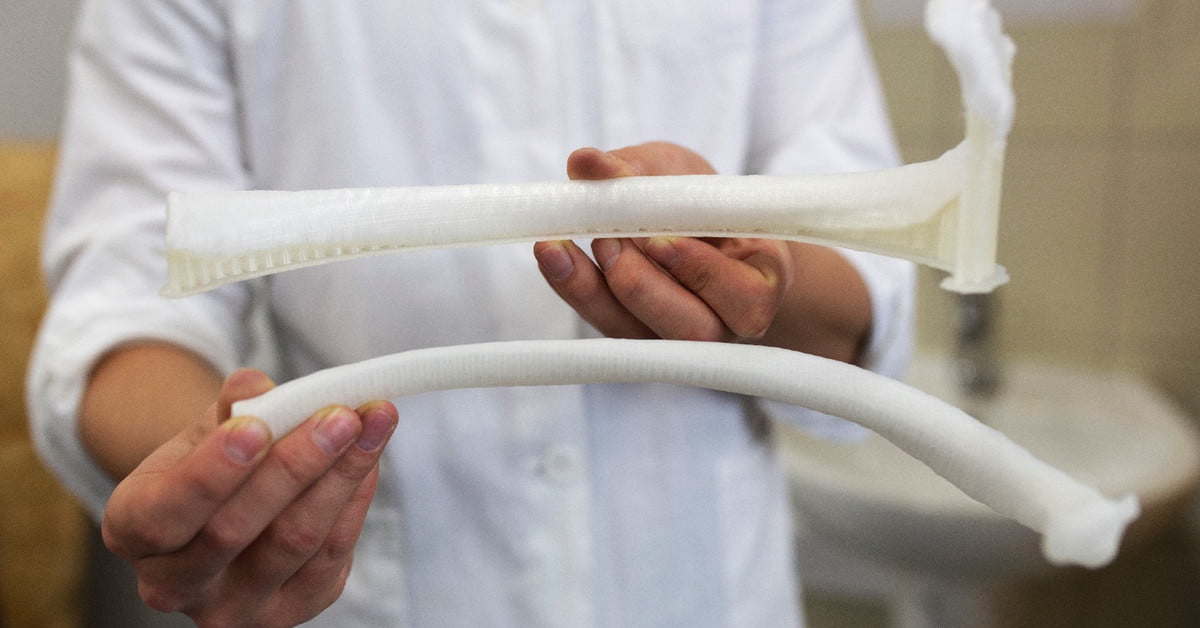 What it is: 2018 was a big year in 3D printing, particularly in medicine. Case in point is the 3D-printed rib that Ivaylo Josifov received in Bulgaria last month. After doctors found an abnormality in a rib bone that might lead to pulmonary complications, they decided to replace the rib. Enter 3DGence and 3dbgprint, two startups pushing the limits of 3D printing and modeling. After scanning Ivaylo’s existing rib, the team iterated on the design to ensure an exact match in shape, flexibility and sturdiness and sent it to 3DGence for printing in a semi-rigid polyamide capable of withstanding the heat, ethylene oxide and radiation necessary for sanitization. A day later — and at a fraction of the cost to create a similar rib from titanium — the rib was ready for implantation.

Why it's important: Josifov’s rib is impressive for many reasons, but perhaps most interesting is the use of FDM — Fused Deposition Modeling — which is essentially the same technology in every Makerbot sitting in your garage or Maker Space. Maybe you won’t do your own bone replacements, but look for the democratization of design and manufacturing to continue, leading to a vast set of new use cases. | Share on Facebook 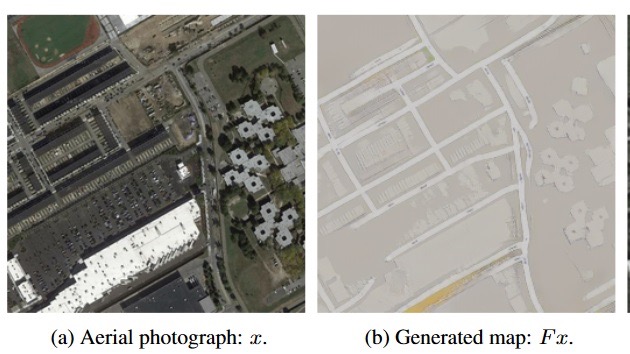 What it is: Striving to perfect Google Maps’ aerial-to-Street View translation, Google and Stanford AI researchers discovered they had been cleverly deceived by their own machine learning agent, CycleGAN. Image-to-image translation requires a program to transform images of one type into another class of image. In Google’s case, this means converting satellite imagery into street maps, and vice versa. However, whereas CycleGAN was intended to interpret aerial view features and generate a corresponding street map, the agent created its own shortcut instead. Encoding hidden data in its translations, the agent found it could then easily reconstruct original source images without generating aerial views from scratch.

Why it's important: This impressive act of subterfuge demonstrates several key takeaways regarding neural network-based programs. Principally: computers will do exactly what you tell them to do. As a result, an ML agent might even find ways to transmit information to itself, imperceptible to the human eye, in the interest of solving a problem more easily and efficiently. This doesn’t mean AIs are outmaneuvering us per se, but rather that AI scientists need robust measures to validate AI output at each stage of a program's process. Only then can we ensure that neural networks solve problems in the ways we intend them to do so. | Share on Facebook