In this week's Abundance Insider: Tomato-picking robots, BCIs for addiction treatment, and a lab-on-a-chip for studying the microbiome.

What it is: Amazon has revealed that it is piloting warehouse automation technology from Italian firm CMC SRL. CMC’s CartonWrap machines can pack up to 700 boxes per hour, and are already in use at JD.com, Shutterfly, and Walmart. Early projections estimate that each machine could replace as many as 24 roles in each fulfillment center, in addition to the cost and time to train new packing employees in roles with high turnover. Amazon expects that “the efficiency savings will be reinvested in new services for customers, where new jobs will continue to be created.”

Why it's important: We’re no longer expecting that industrial robotics will automate many laborious, routine, and potentially dangerous jobs—that time is already here. As this happens, it’s critical to highlight the messaging around the rollout, which focuses on safety, reinvestment, and the high employee turnover in fulfillment center jobs. How can you emulate this approach as you roll out politically and socially sensitive future initiatives? | Share on Facebook 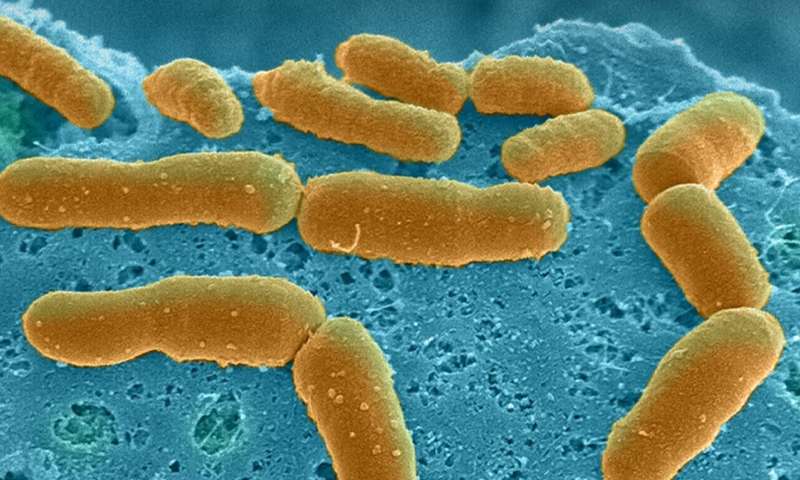 What it is: Up until now, it has proved extraordinarily challenging to study direct interactions between the human microbiome and intestinal tissue in the lab. However, researchers at Harvard’s Wyss Institute have now leveraged ‘organ-on-a-chip’ technology for an effective new solution. The team first employs its Intestine Chip, comprised of two parallel microchannels divided by a porous membrane—the upper channel containing human intestinal epithelial cells, and the lower channel hosting vascular endothelial cells from intestinal microvessels. The team then establishes an oxygen gradient across the two channels, providing high oxygen levels to the chip’s intestinal epithelium and endothelium, and low levels to the bacteria-inhabited lumen. In a remarkable feat, the Intestine Chip was found to stably maintain microbial diversity in direct contact with human intestinal tissue for a full 5 days.

Why it's important: As explained by team lead and the Wyss Institute's Founding Director Donald Ingber, “This new anaerobic Intestine Chip technology now provides a way to study clinically relevant human host-microbiome interactions at the cellular and molecular levels under highly controlled conditions in vitro." No longer relying on mere correlational studies between disease and bacterial DNA in human stool samples, researchers’ effective use of organs-on-a-chip affords us a powerful new tool to understand the ways in which human gut flora profoundly affect human health and disease. | Share on Facebook 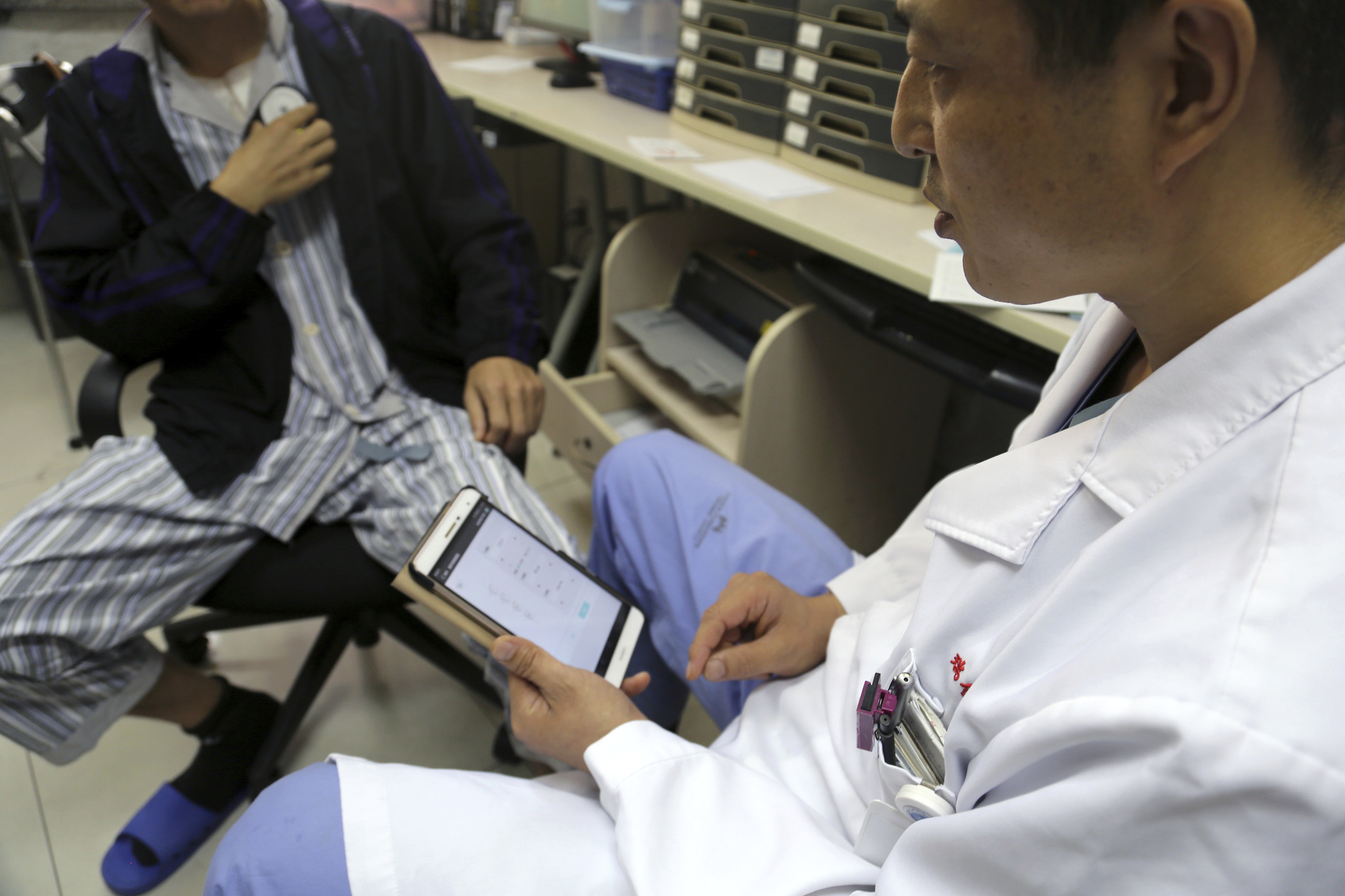 What it is: Deep Brain Stimulation (DBS) has been used for years in the treatment of Parkinson’s and other movement-related disorders. Now, doctors at Shanghai’s Ruijin Hospital are seeing promising results in the treatment of opioid addiction. Five of eight patients in China have stayed off heroin for at least two years, and a patient who received a device six months ago has been off drugs for the duration. A number of factors have led to delays in experimentation in Europe and the U.S., including the high cost of devices ($100,000 in the U.S. vs $25,000 in China), difficulties in recruiting patients, and failed attempts to use DBS in the treatment of depression, which altered the risk-reward balance in the U.S. China, however, is moving ahead. To date, eight clinical trials have been registered throughout the world, six of which are in China.

Why it's important: Most of the concern in experimentation outside of the U.S. centers on the ethical risks of implants and surgery. While it’s important to note the cultural differences here in perception of a massive problem (which seems to carry a higher cost in China), as more devices are implanted, we’ll gain a much better understanding of how the brain functions overall. Follow this line of research, whether you’re exploring the potential of BCI or the treatment of other disorders. | Share on Facebook

What it is: Massachusetts-based startup Root AI has developed its first agricultural robot, the Virgo 1, an expert tomato picker. Geared with smart sensors, cameras and onboard lights for nighttime harvesting, this self-driving robot can autonomously navigate huge commercial greenhouses, regardless of the time of day. Operated by its Artificial Intelligence software brain, Virgo 1 then detects which tomatoes are sufficiently ripe for harvest, now with a success rate higher than that of humans. Once the right candidates are chosen, Virgo 1’s dexterous robotic hand can pluck tomatoes without bruising them or tearing down connected vines. Made from a food-safe, easy-to-clean plastic, these robotic fingers are even designed to eliminate the spread of mold, viruses or insects, protecting clean crops from faulty counterparts.

Why it's important: Virgo’s sensors and grippers can be reconfigured, and its AI software rewritten, to handle any number of crops. As noted by Root AI’s CEO Josh Lessing, “It’s a complete mobile platform enabled to harvest whatever you need.” Today, farmers spend over $34 billion per year on agricultural labor in the U.S. alone. Swiftly disrupting this labor-intensive sector, however, is a global smart agriculture market projected to reach nearly US$24 billion in value by the end of 2025. Already, exponential technologies from synthetic biology to computer vision are closing in on traditional agriculture from all directions, and AgTech robots like Virgo 1 are poised to become tomorrow’s harvesters. | Share on Facebook 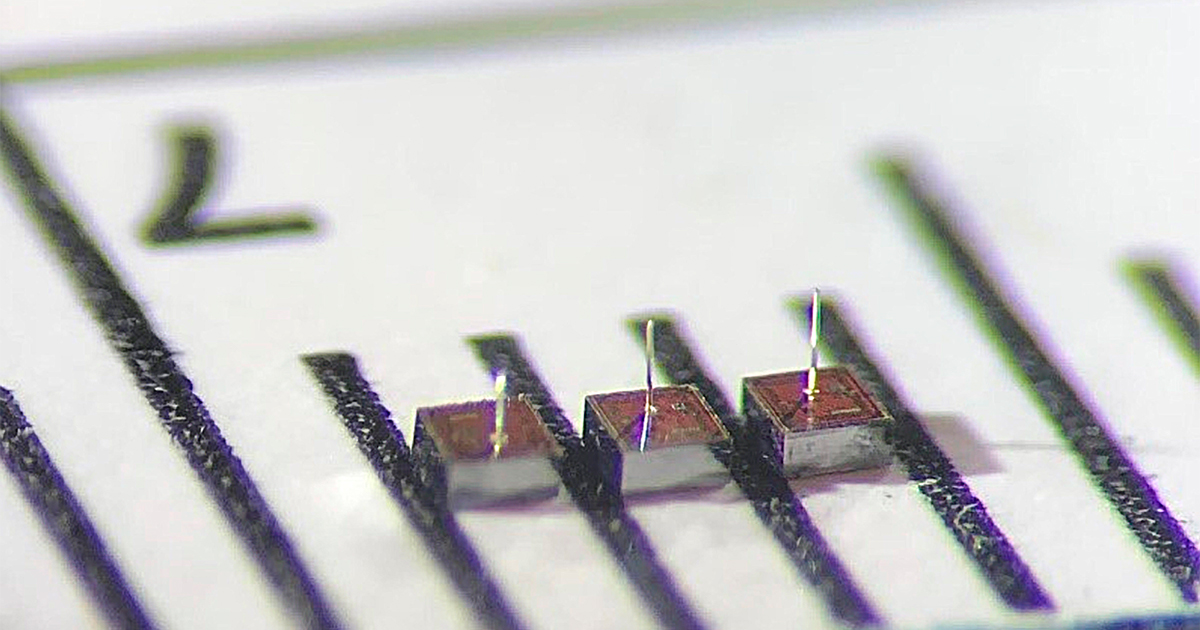 What it is: Brain computer interfaces (BCI) of the future that enable high-fidelity, high-speed brain-to-computer communications will require a decentralized wireless network of thousands of nano- to micro-scale units embedded throughout our neural system. Engineers from Brown University, Qualcomm, and the University of California at San Diego presented a communication scheme to overcome the critical issue of coordinating communications between these decentralized BCIs. Their system will allow two-way communication between each BCI unit and an external device at a rate of 10 Mb/s uplink and a downlink rate of 1 Mb/s. The engineering team dubbed their 0.25-square-millimeter implants “neurograins.”

Why it's important: Over the past year, we’ve featured incredible breakthroughs in BCI technologies. While these breakthroughs are technological marvels, they are rudimentary compared to the everyday BCIs we’ll see later in the 21st century. As Ray Kurzweil predicts, and as these researchers are taking active steps to achieve, we’ll soon have thousands of nanobots monitoring and regulating every aspect of our physiology -- from our brains to other vital organs. In the age of rapidly advancing artificial intelligence, will networks of nanoscopic BCIs provide humans the next evolutionary boost needed to thrive alongside and coevolve with hyper-intelligent machines? | Share on Facebook