What it is: Harvard’s RoboBee — one of the smallest flying robots ever built — has just gotten a major upgrade. Thanks to the engineering exploits of a research team at the University of Southern California (USC), a new and improved Bee Plus now weighs in at just 95 milligrams and barely straddles the diameter of a penny. Its biggest achievement, however, involves the bee’s actuators and doubled wing count. Using an actuator design called a unimorph, the USC team was able to successfully halve the weight of those actuators used in the Harvard RoboBee precursor. This in turn allowed them to install four (as opposed to two) wings, each with a span of 33 millimeters. Rendering much smoother flight, its wings now allow Bee Plus to perch, land, swim, pursue a path, and even avoid obstacles.

Why it's important: While Bee Plus and similar robo-insect prototypes are still restricted by a power-supplying tether, as on-board energy storage remains a significant engineering obstacle, USC’s team has already begun to tackle it. Funded by the National Science Foundation (NSF), the team is now working on an approach that involves catalytic artificial muscles. Long-term, future descendants of the Bee Plus might one day artificially pollinate flowers, conduct search and rescue missions, or even monitor climate conditions in huge swarms. Farther afield, Professor Perez-Arancibia even imagines a future in which “our robots [fly] on Mars and Titan,” becoming “ant-inspired colonies of explorers.” What eventualities can you envision once these air-faring bots spread their wings? | Share on Facebook

What it is: In partnership with Northwestern Medicine, Google researchers created an Artificial Intelligence system that detects lung cancer from CT scans better than well-trained humans. Engineers trained the deep learning model using 42,000 CT scans from 15,000 patients taken during a 2002 NIH study. Compared to six expert radiologists, when analyzing these CT scans, the deep learning model proved to detect cancer 5 percent more often, with an 11 percent reduction in false positives.

Why it's important: While the human eye is limited to the visible spectra and feature sizes on images, AI systems can take a pixel-by-pixel approach to data analysis. Also note Google’s deployment of old NIH data: we don't need access to advanced AI systems right now to start preparing for their arrival. What data are you generating right now that you could proactively collect to help fuel future AI initiatives? | Share on Facebook

Scientists Created Bacteria With a Synthetic Genome. Is This Artificial Life? 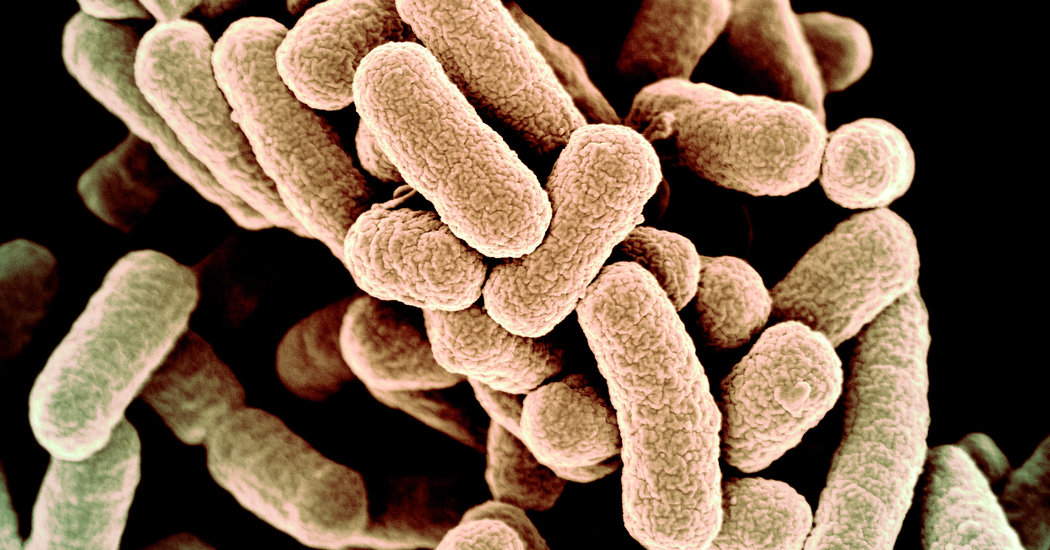 What it is: In an effort to understand how genes encode proteins and fundamentally create life, a team led by Jason Chin at the Medical Research Council Laboratory of Molecular Biology in Britain has rewritten the DNA of the bacteria Escherichia coli to create an synthetic genome 4x larger than anything previously created. Part of what Chin wanted to explore was how genes encode for amino acids and how genetic redundancy works: six snippets of DNA encode for serine, for example. To find out why, the team treated the genome like a text file, finding and replacing codons and reducing the total variation to just four. That new synthetic genome was inserted into a cell, and surprisingly, the synthetic version remained alive.

Why it's important: As we digitize biology, we're uncovering new truths about genomics. This may lead to organisms that produce novel medicines or other valuable molecules as living factories. | Share on Facebook

SpaceX Launches 60 Prototypes Of Its Starlink Satellites Into Orbit 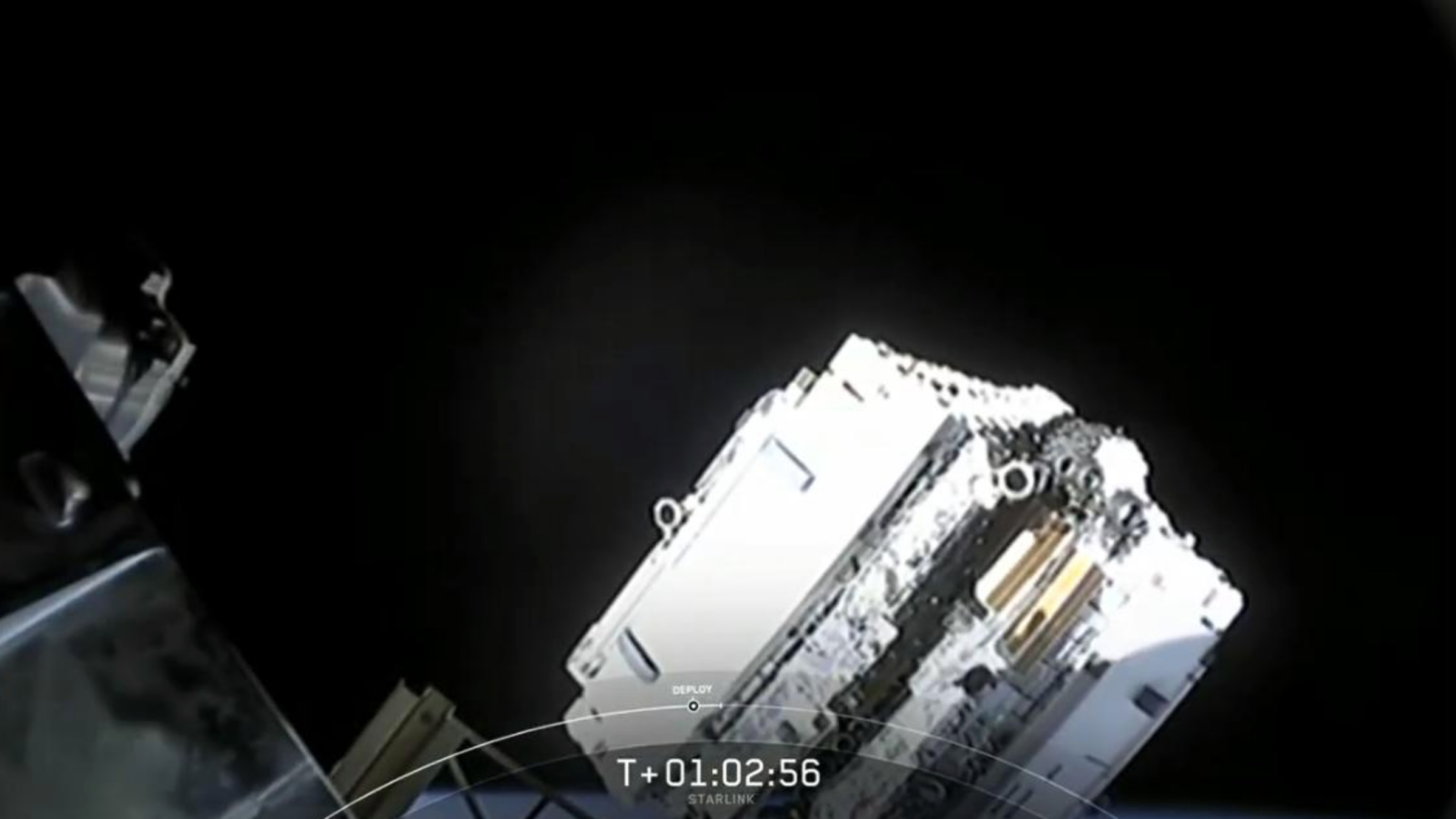 What it is: On Thursday night, SpaceX successfully deployed 60 prototype satellites for its Starlink constellation. Starlink is a large-scale development effort by SpaceX to develop a low-cost satellite and accompanying ground stations (to receive signals from the satellites), with the goal of establishing a new space-based global internet communication network. Last year, SpaceX received approval from the US FCC to fully deploy 12,000 Starlink Satellites over the next decade. The company expects development, manufacturing, and deployment to cost over $10 billion in that time span.

Why it's important: Starlink’s prototype deployment is a small step for its connectivity business, but a giant leap for humanity toward communications abundance. As Peter often says, if you want to make a billion dollars, discover a way to help a billion people. By turning our species into a hyper-connected organism, Elon Musk and SpaceX will help billions of people come online and participate in the global economy. In the process, they will generate significant revenue (estimates place Starlink revenue at over $30 billion per year once deployed) to further fund Musk’s vision for colonizing the solar system. | Share on Facebook 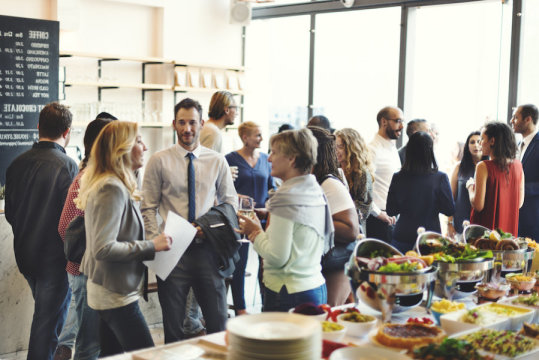 What it is: Even in the noisiest environments, our brains can pick out an individual voice and amplify it over others. Yet some of the most advanced hearing aids still struggle to achieve this brain hack, instead amplifying all voices at once. Columbia engineers might now have a solution. Building on a previous discovery that in a two-person conversation, the speaker’s brain waves begin to resemble those of the listener, researchers first leveraged neural networks to create an algorithm that separates out individual voices (from a group). Once separated, these inputted voices are then individually compared to the listener’s brain waves (monitored via implanted electrodes). Lastly, any speaker whose voice pattern most closely resembles the listener’s brain waves is amplified over all others.

Why it's important: A remarkable win for deep learning and brain-imitating mathematical models, this system might soon render a universally decoding mechanism, no longer constrained to pretrained voices or a cacophony of many. As explained by senior author Dr. Mesgarani, “By creating a device that harnesses the power of the brain itself, we hope our work will lead to technological improvements that enable the hundreds of millions of hearing-impaired people worldwide to communicate just as easily as their friends and family do." With promising test results, the team now aims to transform their prototype into a noninvasive device and grant true versatility to hearing-impaired individuals in any environment. | Share on Facebook 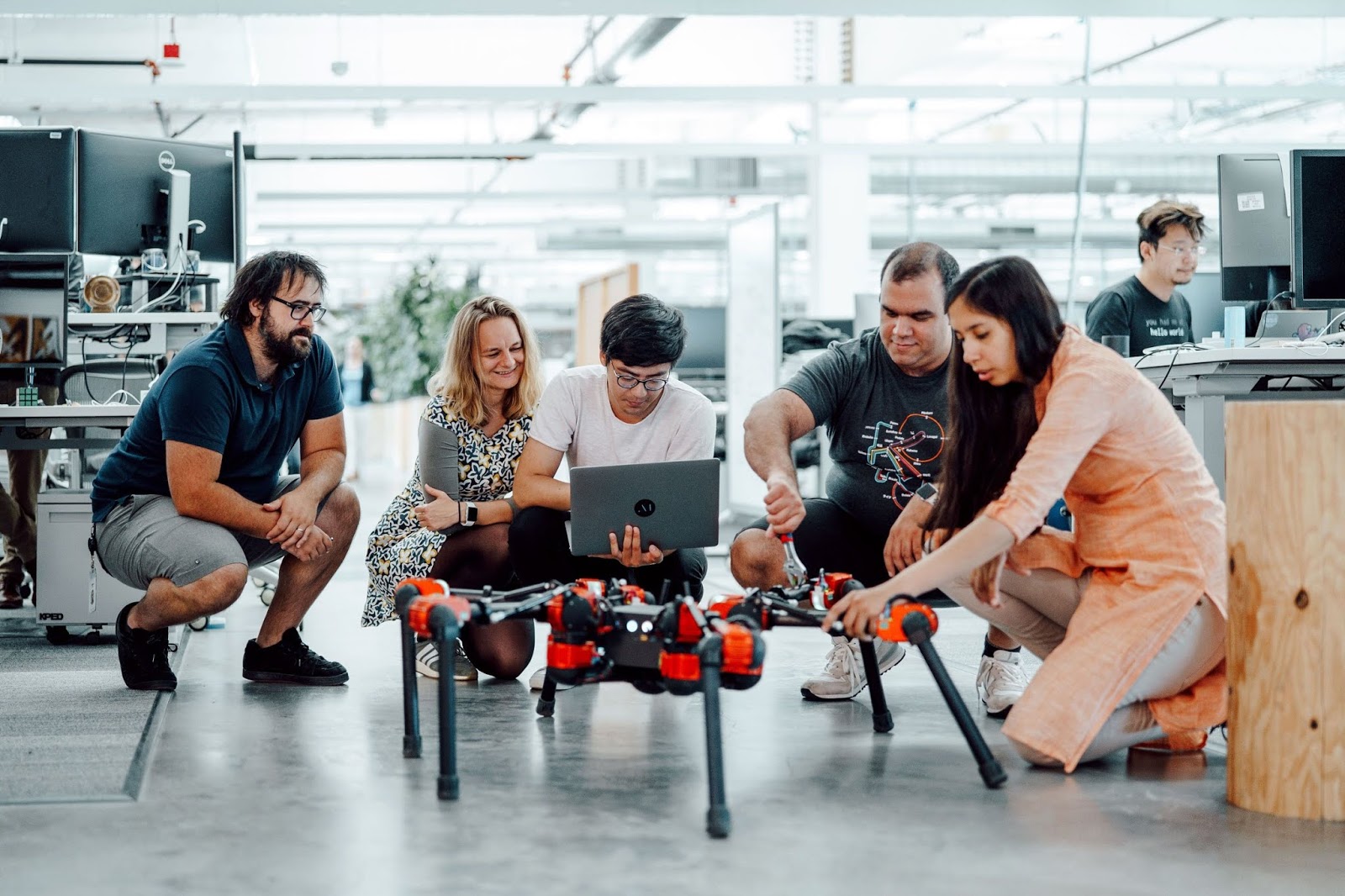 What it is: Facebook AI is experimenting with robotics to push the limits of what Artificial Intelligence and robotics can accomplish together. Facebook and teams from UC Berkeley and NYU are working on systems that are learning to walk on their own and to learn from touch to manipulate objects effectively. At the heart of all of these approaches is a model driven by a curiosity reward function that seeks to learn by reducing uncertainly in the immediate environment.

Why it's important: Facebook’s idea is that by developing self-supervising systems that interact with the real world -- where the data is noiser and conditions more uncertain than cleanly labeled data sets — we will be able to develop more robust robotics as well as AI systems that can generalize across modalities and learn more efficiently. | Share on Facebook