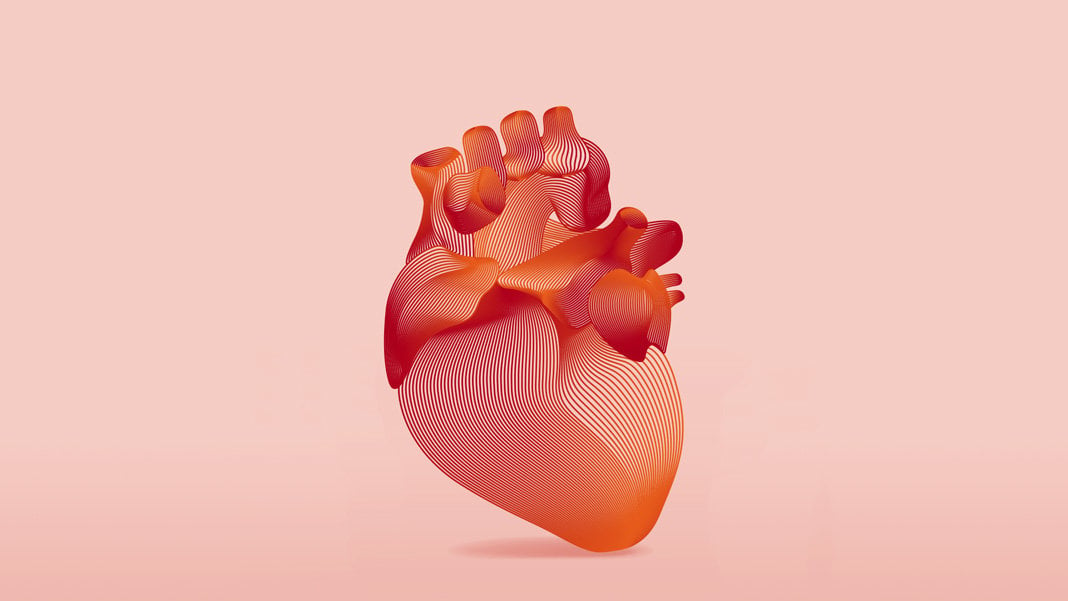 Imagine having a supply of “spare organs”: hearts, livers, lungs, and kidneys available to you as you get older.

This is just one of the incredible healthspan-promoting revolutions under development.

Organ transplants represent one of the biggest failures of the healthcare system. Today, if you need an organ transplant, you’re waiting too long for a donor. For example, kidney transplants, the most sought-after organ, take on average 3-5 years before becoming available.

Every 10 minutes, someone is added to the organ transplant waiting list in the US.

And countless more people in need of “spare parts” never even make it onto the waiting list. On average, 20 people die each day while waiting for an organ transplant.

But in today’s blog, I want to discuss the Organ Abundance revolution underway: a number of technologies that can eliminate a waiting list and save countless lives.

There are two approaches I want to highlight:

NOTE: Tracking the latest developments in biotech and longevity is a key focus of my year-round Mastermind and Executive Program Abundance360.

THE NEED FOR “ORGAN ENTREPRENEURS”

Hundreds of thousands of US deaths could be prevented or postponed with access to organ replacements. 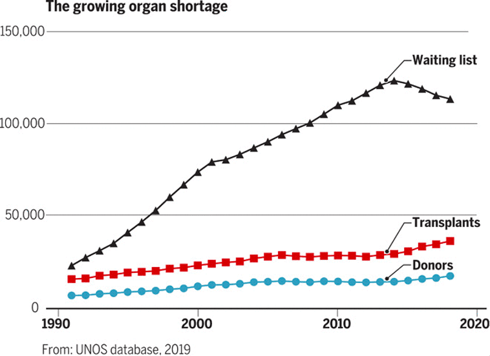 But according to the non-profit United Network for Organ Sharing (UNOS), the situation remains dire with the growing organ shortage.

Their Moonshot today is to create an entire industry of replacement organs.

“We do this with cars and buildings all the time,” explains Rothblatt, “we swap out old parts for new parts and can keep things running, essentially, forever. I want to find a way to do this for the human body.”

On October 21st, 2021, the New York Times reported a breaking news story of the first time a pig kidney has been transplanted into a human without triggering immediate rejection. 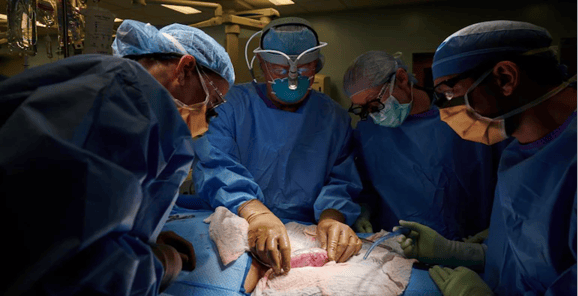 And just this month, they did it again—this time with a heart.

This is GATTACA (the movie) without the need to clone humans.

As you might guess, xenotransplantation––transplanting an animal’s organ into humans who need a replacement––is complicated.

You can’t simply take a pig’s heart and put it in a human and expect it to work. But pigs offer several advantages over primates for organ procurements because they are anatomically similar to humans. They achieve adult human size organs in only six months.

And this idea isn’t entirely new: we already use pig heart valves in heart valve replacements and pig skin for burn victims.

The reason this hasn’t been used before on such a large scale is two-fold: porcine virus transmission and graft rejection.

This is what Martine Rothblatt seeks to solve through United Therapeutics subsidiary Revivicor: to create a genetically modified pig that makes xenotransplantation possible.

With the first-ever successful transplant of a pig heart into a human earlier this month, Rothblatt and the Revivicor team made 10 genetic alterations in total.

Four of the pig’s genes were inactivated, and six human genes were inserted into its genome. Nine of the edits helped to reduce the likelihood that the human patient’s body would reject the new heart, while the last edit was made to stop excessive growth of the pig tissue once it was implanted.

Similarly, eGenesis, an ambitious startup spun out of Harvard Dr. George Church’s lab has paved the way to make sixty-two simultaneous genetic edits in the pig genome. Among the improvements was the complete eradication of DNA viral sequences embedded into the pig’s chromosomes.

They have tested their virus-free pig organs in primates at Massachusetts General Hospital with impressive results.

But Church wants to take the revolution one step further. He wants to create enhanced organs, to produce something better than what we already have in our bodies. For instance, organs that can fend off bacterial or viral infections.

It’s only a matter of time before organs go from a product of chance––someone young and healthy dying unexpectedly––to the product of a standardized manufacturing process.

But what if instead of taking a pig organ, you recreate and manufacture an organ from scratch?

Biofabrication is the industrial production of biological tissues.

This concept of science meeting manufacturing is on the cusp of a scientific revolution. And Dean Kamen of the Advanced Regenerative Manufacturing Institute (ARMI) is leading it.

His goal is to build an industrial infrastructure capable of manufacturing replacement human organs from scratch in the shortest possible time—in a scalable way.

In 2020, Kamen had successfully built their first prototype. It was a 20-foot contraption: at one end of the system, a vial of frozen induced pluripotent stem cells (iPSCs) was added… and three weeks later, the system produced a three-inch segment of freshly grown bone and ligament.

They can now produce a high-quality 7-cm bone-ligament-bone sample in 42 days.

And the best part?

It uses genetic material from its recipient, so the organs won’t be rejected and the patients won’t need immunosuppressant therapies for the rest of their lives.

He has since then had hopes of making ARMI the “birthplace of the next great industrial spurt in the world”: one for manufacturing organs.

Next, Kamen wants to take iPSCs to miniature, fully functional, beating pediatric hearts in 40 days, ready for pediatric heart transplants. They aim to be available for clinical trials by 2024.

And like Rothblatt and Church, Kamen’s specialty is making the impossible possible.

“The best way to predict the future is to create it yourself.”

The future ahead of us will see an excessive demand and limited supply for donated organs, not only in the US but globally.

This will only intensify.

But a dramatic explosion of organ abundance is just over the horizon.

Regenerative medicine has been “the future” for decades. The problem is that it will continue to be the future until the world of engineering becomes a visible piece of the equation.

But how do we make it the present?

Science has already shown that we can recreate organs, tissues, and vasculature—all within a petri dish.

Thought leaders like Rothblatt, Church, and Kamen will accelerate the fields of bioengineering and manufacturing to create an industry capable of producing or procuring FDA-approved tissues and organs at the scale they are needed.

Is it going to be drone delivery of organs? 3D printing organs?

We have reached uncharted territory in terms of what’s possible. From genetically modified pig organs to biofabricating organs, our future knows no limits.

Welcome to a world of abundance.

Want to learn more about exponential tech to help you improve your health and longevity?

Using First Principles in Your Business

How to See the Future with AI