Can CRISPR Gene Therapy Be a Single Injection? 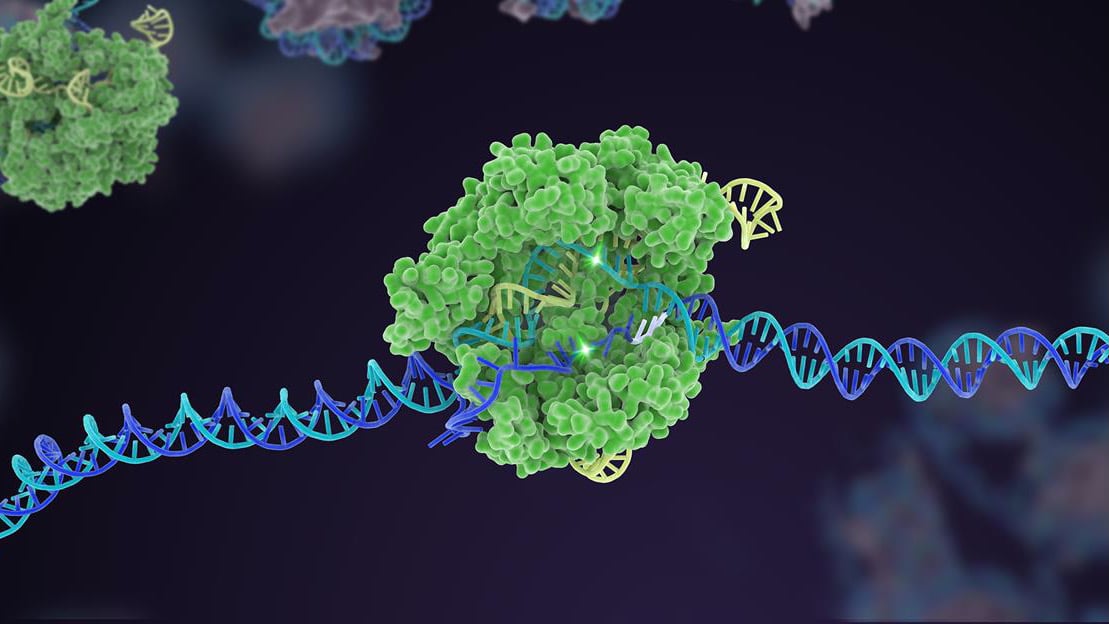 CRISPR gene editing technology is revolutionizing healthcare as we know it.

The technology, which earned two of its discoverers a Nobel Prize in 2020, can target and edit genes more easily and more precisely than its predecessors.

Yet as promising as CRISPR has been over the past several years, it’s mostly been developed in the lab.

Thankfully, that is now changing as a growing number of clinical trials are beginning to test gene therapies in humans.

Early CRISPR trials have focused on hereditary blindness and diseases of the blood, including cancer and sickle cell anemia.

The problem is that although cutting-edge, these therapies can be costly and intense. For example, in one trial for sickle cell anemia, doctors remove cells from the body, edit them in a dish, and then infuse them back into the patient.

Such a complicated approach won’t work as readily for other diseases.

What we need is a general delivery method for CRISPR, so that it can be used like any other medication.

And a recent clinical trial run by researchers at University College London (UCL) has made a key, promising step in that direction. Discussing the latest developments in biotech—using biology as technology—is a key focus of my year-round coaching program Abundance360.

In this blog, we’ll discuss the UCL trial and what this means for the future of CRISPR and medicine.

(This article originally appeared on SingularityHub by Jason Dorrier, adopted by Peter Diamandis for his Abundance Community.)

WHAT EXACTLY DID THE UCL TRIAL TEST?

Participants in the trial suffer from a condition called hereditary transthyretin amyloidosis, in which a mutated gene produces a malformed protein (transthyretin) that builds up in and damages the heart and nerves.

The disease is eventually fatal.

Patients received a single infusion of a CRISPR-based therapy into their bloodstream.

Blood carried the therapy to the liver, where it switched off the mutated gene and curtailed production of the errant protein.

Though the Phase 1 trial was small, the approach had strong results relative to existing options. And it hints at the possibility other genetic diseases may be treated in a similar fashion in the future.

The University of California, Berkeley’s Jennifer Doudna, who shared the Nobel Prize for CRISPR, cofounded Intellia, the company that, alongside fellow biotech company Regeneron, developed the treatment (NTLA-2001) used in the UCL trial.

“This is a major milestone for patients,” Doudna said. “While these are early data, they show us that we can overcome one of the biggest challenges with applying CRISPR clinically so far, which is being able to deliver it systemically and get it to the right place.”

HOW THE THERAPY WORKS: A THREE-PART PUNCH

The therapy is made up of three parts. A tiny bubble of fat, called a lipid nanoparticle, carries a payload of CRISPR machinery: a strand of guide RNA and a sequence of mRNA coding for the Cas9 protein.

Billions of these CRISPR-carrying nanoparticles are infused into the bloodstream, making their way to the liver, the source of the dysfunctional protein. The mRNA instructs the cells to produce the Cas9 protein (CRISPR’s genetic ‘scissors’) which then links up with the guide RNA, seeks out the target gene, and snips it.

The cell repairs the DNA at the site of the break, but imperfectly, switching the gene off and shutting down production of the problematic protein.

The UCL trial’s six patients, who received either a low or high dose, reported no serious side effects. Meanwhile, production of the target protein declined by up to 96 percent (and an average of 87 percent) in those given the high dose.

The disease, which affects roughly 50,000 people worldwide, was untreatable until recently.

Existing drugs, approved by the FDA in 2018, silence the mRNA that produces the malformed transthyretin protein, instead of altering its gene. They reduce protein production about 80 percent and keep people alive longer, but don’t work for everyone and require ongoing treatment.

The CRISPR approach, if successful, would be a one-time treatment. That is, by targeting the genes themselves, the protein is permanently silenced.

Patrick Doherty, a trial participant, told NPR he jumped at the opportunity. Doherty, an avid trekker and hiker, was diagnosed with transthyretin amyloidosis—which had killed his father—after noticing symptoms, like tingling fingers and toes and breathlessness on walks.

“It’s [a] terrible prognosis,” he said. “This is a condition that deteriorates very rapidly. It’s just dreadful.”

Doherty started feeling better a few weeks after the treatment and said improvements have continued.

“A one-hit wonder,” he called it. “A two-hour process, and that’s it for the rest of your life.”

Although the results are promising, there’s reason to temper expectations. The trial, as noted, was small, and focused on safety. Future work will further test safety and efficacy in larger groups, which—as is apparent from recent experience with COVID-19—can reveal rare side effects or prove disappointing despite early success.

Researchers will likely also look out for off-target “snips” in the liver or other cells. A benefit of this approach, however, is the cells break down the mRNA after they’ve made the Cas9 protein. In other words, the gene-editing system doesn’t persist long.

It also remains to be seen whether the approach would work as well in other diseases. The liver was a prime target for the trial because it greedily soaks up foreign substances. Other organs and tissues may not be as amenable to a general infusion of the therapy.

If the trial ultimately proves successful, however, researchers will want to know if they can reach any organ or target tissue with a general infusion. And can genes also be edited in vivo? Instead of merely knocking out a faulty gene, can we safely correct it?

It’s critical to remember that as we aim for personalized, effective medicine it isn’t about any one technique or technology—whether CRISPR, gene therapy, or stem cells, among others.

It’s the combined power of all these techniques—their convergence—that holds the most potential.

Perhaps the biggest consequence of this convergence will be individually customized medicine, or what’s called “N-of-1 medicine.”

In N-of-1 medicine, every treatment you receive has been specifically designed for you—your genome, transcriptome, proteome, microbiome, and all the rest. It’s a level of preventative care never seen before.

You’ll know which foods, supplements, and exercise regimens are best suited to your genetic code.

You’ll know which diseases you’re most likely to develop and be able to take steps to prevent them.

It’s an era of incredibly personalized medical care, wherein the tools of life have become tools for the preservation of life, and many of the diseases that plagued earlier generations have begun to fade from memory.