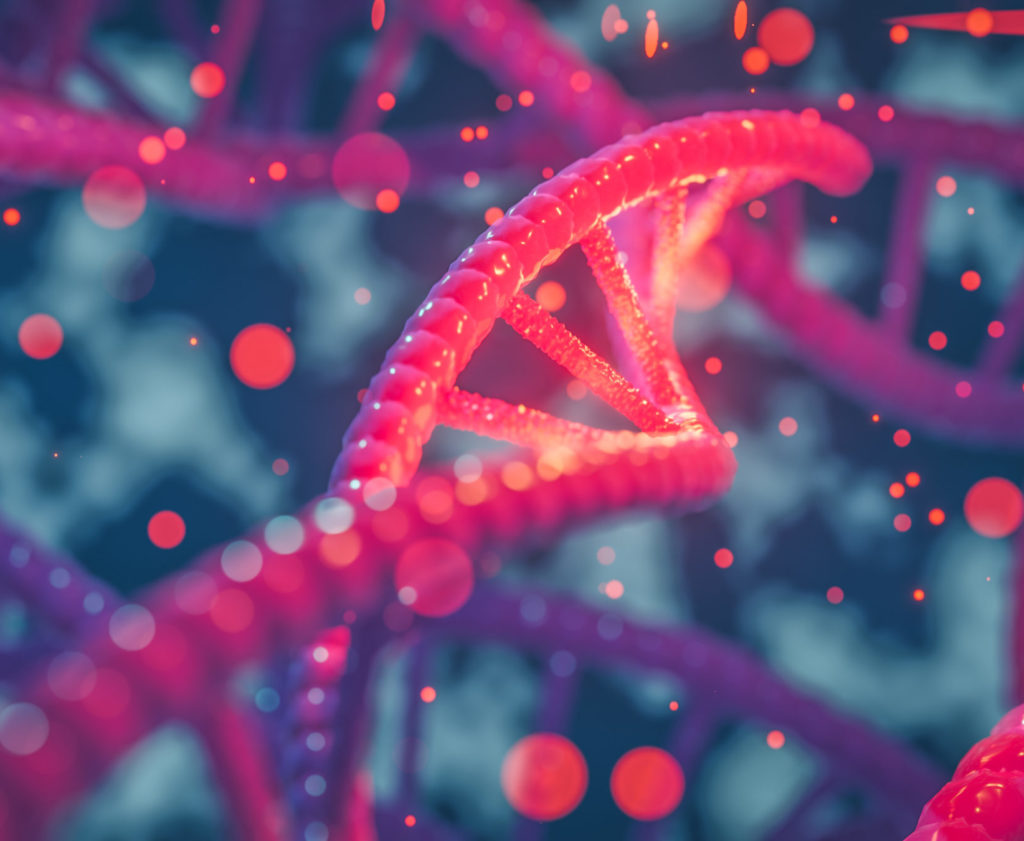 If you could bring back any extinct species, which one would you choose?

By now, the world knows Colossal as a de-extinction company.

But I want to take a deeper dive into the mind-blowing work they are doing.

The company was co-founded by the extraordinary researcher and world-renowned geneticist, Dr. George Church, and serial tech entrepreneur, Ben Lamm, who serves as Colossal’s CEO.

When Lamm’s passion for addressing climate change and creating exponential technologies collided with Church’s brilliance in synthetic biology and de-extinction, they formed an instant connection and never looked back.

Today, they are focused on building a de-extinction company that also has the potential to address a key element of climate change. In today’s blog, I’ll cover Colossal’s three major areas of business focus:

1. Bringing back the wooly mammoth

NOTE: Understanding how to use exponential tech to solve grand challenges and transform industries is a key focus area during my year-round Mastermind and Executive Program Abundance360.

OBJECTIVE #1: DE-EXTINCTION OF THE WOOLY MAMMOTH 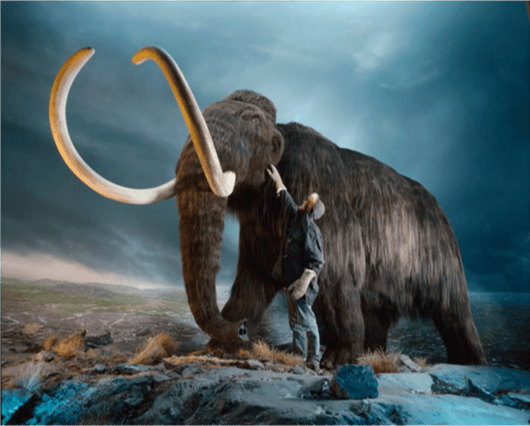 It turns out that the Asian elephant is the closest physiologic relative to the wooly mammoth, with 99.6% genotypic overlap.

Dr. George Church and his team traveled to Siberia and extracted 5,000 - 10,000-year-old frozen wooly mammoth DNA, hair follicles, skin, muscle, and bone cells. He was able to identify 60 genes, which, if properly modified, would create a functional mammoth—an animal that would look and behave like the wooly mammoth and have the same cold tolerance, tusks, small ears, and wooly hair.

This edited Asian elephant wouldn’t actually be a wooly mammoth, but a simulacrum. It would effectively be a new species—one engineered by humans.

So, how exactly is Colossal going to do this?

The foundation of their work is built on the ground-breaking technology of CRISPR: a gene editing technique that Dr. Church was instrumental in helping to discover and develop.

Using CRISPR, Colossal is reintroducing those 60 mammoth genes into an Asian Elephant cell, and then transferring the nucleus of that edited cell into an elephant egg through a process called somatic cell nuclear transfer.

That egg is then implanted into a surrogate mother elephant (in this case, the Asian Elephant), where the newly coded DNA guides the development of the fetus into a wooly mammoth over the course of 18 to 22 months.

Colossal hopes to have its first calves in about 4-6 years.

Why bring back the wooly mammoth?

Besides being very cool, and something every kid and adult would love to see, why is Colossal doing this?

As it turns out, the woolly mammoth is key to nourishing the ecological diversity of the tundra. They are responsible for trampling shrubs, knocking overgrown trees, and fertilizing vegetation.

All it would take is 500 - 1,000 functional wooly mammoths to rewild a million square kilometers of the Arctic.

The next question is: how do we take all of this technology and make it a scalable genetic engineering process?

“De-extinction of the wooly mammoth is our primary Moonshot,” says Lamm. It’s just the first of many species that Colossal hopes to bring back to present-day Earth.

But to make that happen, and to scale their impact, Lamm and his team are also re-engineering the software required to make these CRISPR edits quick, repeatable, reliable, and safe.

As Lamm points out, “Software for CRISPR editing is circa Windows 1995.”

For example, he and his team found early in the wooly mammoth project that in order to look up proteins and off-target effects, people were using 55 different databases… with all the issues of data that aren’t normalized or structured.

With such technological hurdles, how do they not just focus on the mammoth for five years? Is it possible to examine 10 species in parallel?

The answer lies in taking modern software technologies and applying them to biology.

This would do more than simply speed up research and development. It would eventually allow us to use Artificial Intelligence and other technologies for simulation.

For instance, they have built a CRISPR guide selection tool that takes theoretical CRISPR edits, and allows researchers to visualize what the genome and ultimate phenotype––physical attributes––would look like.

Not sure if doing x and y edits will result in the correct wooly mammoth hair? Use a quick drag-and-drop tool in Colossal’s platform, and find out in seconds.

And this is just one application of their software. They’re also looking at building a platform that will assist researchers who are conducting genetic studies for cancer screening, and they are in the process of adding an AI layer for even deeper and faster insights.

The third breakthrough required for Colossal’s Moonshot is the design and creation of artificial wombs.

As their current work stands, they need the Asian Elephant as a surrogate to carry the functional mammoth to term. But what if they could completely eliminate the need for the surrogate?

“Our vision is exactly what you would see in a science fiction movie,” says Lamm. It’s a bag filled with amniotic-like fluid that participates in gas and nutrient exchange. A similar model has already been used at the Children’s Hospital at the University of Pennsylvania––a bio bag that grew a late-stage lamb to term.

Right now, existing technology is geared toward supporting premature newborns. But Lamm hopes to build on that and create an artificial womb for the entire duration of an organism’s development.

Colossal is already working to create a synthetic placenta that can sit in the artificial womb, as well as an artificial endometrial layer that the umbilical cord can connect to.

Imagine if they could grow 100 genetically diverse Northern White Rhinos in a lab. What could this mean for humans?

When Colossal first spoke about artificial wombs at launch, people thought it sounded like technology 30 or 50 years in the future.

But the technology is nearly here.

Lamm sees artificial wombs as a transformative technology that could change the face of reproduction and humanity itself.

Colossal is the perfect example of this.

While they are trying to achieve de-extinction, they are on the verge of even more groundbreaking science.

Colossal serves as a prime example of a new use of CRISPR and genetic engineering as a revolutionary tool to preserve biodiversity, reawaken lost wilds, and help us save the planet.

It’s the combined power of all these techniques—their convergence—that holds the most potential for changing the world.

Would you like to learn more about and leverage the latest developments in exponential tech to transform your business?

APPLY BY NEXT FRIDAY, DECEMBER 17TH: A360 SCHOLARSHIP (6 SEATS AVAILABLE)

For the second year running, Peter Diamandis is offering a competitive opportunity for 6 bright young entrepreneurs, innovators, and/or technological whizzes to join the Abundance360 community and the upcoming Summit as sponsored “Scholars.”

The A360 Scholarship includes virtual attendance at A360 and year-round member workshops, access to the Abundance Digital portal and online community, and offers a curated group of 6 like-minded individuals that are passionate about applying exponential technologies to today’s global grand challenges.

Candidates can include aspiring entrepreneurs working on their own ventures or assisting a founding team, AI/software ninjas, engineers, serial inventors, PhD or MBA candidates pursuing research or careers in exponential technologies, or medical practitioners with an eye for innovation in healthcare.

If you or someone you know fits the above description, head to this link for more details and to apply!

How to Create a Moonshot Culture