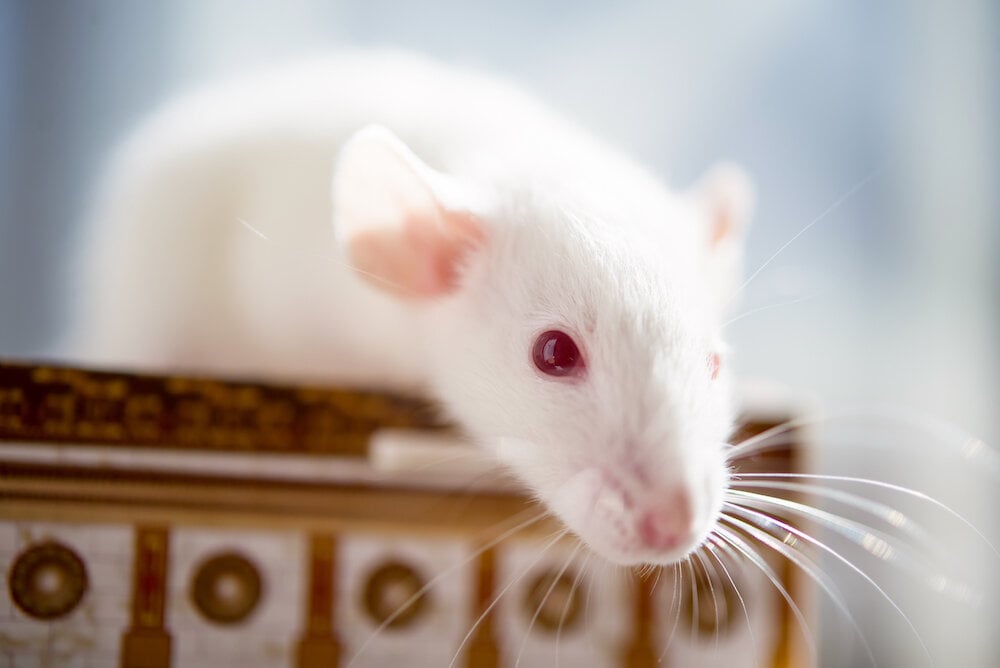 The combination of climate change, deforestation, overfishing, pollution, and other factors have created a biodiversity crisis.

If we project current rates into the future, by the end of this century 50% of all large mammals and marine life could be gone.

So how would you solve this grand challenge? Some of the best minds are working tirelessly to halt—and in some cases reverse—these trends.

One example of this brilliant work is the recent announcement that scientists at the University of Yamanashi in Japan have cloned mice from freeze-dried skin cells—opening the door to “biopreservation.”

In today’s blog, I’ll summarize the exciting findings of this research and discuss what this means for our ongoing fight to preserve—and perhaps even restore—biodiversity.

(This article originally appeared on SingularityHub, adopted by Peter Diamandis for his Abundance Community.)

On the surface, Dorami was just an average mouse.

She grew to a healthy weight, had pups of her own, and died naturally near her second birthday—roughly 70 years in human age, and completely unexceptional for a lab mouse.

Except for one thing: Dorami was cloned from freeze-dried cells. And not just any cell—she was cloned from somatic cells (the cells that make up our bodies) rather than sperm or eggs.

Dorami is the latest foray into a decades-long push to use cloning as a way to preserve biodiversity. The triumph of Dolly the sheep made it clear that it’s possible to revive animals using reproductive cells. The dream of restoring extinct animals, or biobanking current ones, has captured the imagination of scientists ever since. One powerful way to preserve a species’ DNA is to store sperm in liquid nitrogen. At roughly -320 degrees Fahrenheit, the cells can be frozen in time for years.

But there’s one hiccup. Collecting reproductive cells from animals on the brink of extinction is—to put it mildly—extremely difficult. In contrast, scratching off a few skin cells or shaving some fur is relatively simple. These cells contain the animal’s complete DNA, but they’re fragile.

The new study, led by Dr. Teruhiko Wakayama at the University of Yamanashi in Japan, made the leap from sperm to skin. Developing a highly technical recipe that would make any fine-dining chef proud, the team successfully cloned 75 healthy mice from freeze-dried somatic cells collected from both male and female donors. Many offspring, including Dorami, went on to have pups of their own.

With a success rate of roughly five percent at most—and as low as 0.2 percent—the technique is far from efficient. But the strategy carves a path towards the bigger picture: our ability to store and potentially revive genetic variations of near-extinct species.

To Dr. Ben Novak, lead scientist at Revive & Restore, the study is a welcome advance despite its imperfections. “From a conservation standpoint, innovating new ways to biobank reproductively viable tissue types is a big need…so it’s really exciting to see this kind of breakthrough,” he said.

Cells are finicky creatures. Imagine a watery blob with tiny molecular factories tethered to its balloon-like walls. Freezing a cell without protection can cause the watery components to form sharp ice crystals, which damage the cell’s inner components and puncture the cell wall. When heated back up to normal temperatures, like a leaking pincushion, the cell doesn’t have a chance for survival.

Scientists eventually figured out a winning recipe for preserving cells: the key is adding a chemical antifreeze and storing the cells in heavy metal tanks of liquid nitrogen. The cells are suspended in tiny vials inside boxes that slide into a tower-like metal cage. Depending on the cell type, they can be preserved for years.

The problem? The setup is expensive, hard to maintain, and prone to power failures. Any disruptions could cause catastrophic loss in all the samples. For biodiversity, it’s not always feasible to have such a sophisticated setup near the animal.

There’s got to be a better way.

Years ago, Wakayama went on a crusade to push the limits of cell storage. He focused on one specific method: freeze-drying. Mostly known to backpackers and astronauts as a way to preserve nutrients in food, freeze-drying cells turned out to be relatively simple. At the turn of the century, Wakayama and his team showed it’s possible to freeze-dry sperm for reproduction. The recipe was so robust it kept sperm alive for years aboard the International Space Station, while being bombarded with ambient levels of radiation. It also led to live offspring after being chucked into a desk drawer for a year without climate control.

Somatic cells are a different matter. Unlike sperm, the cells that make up our bodies are far more prone to water molecules hugging our DNA structure, with a more fragile nucleus. When frozen, it means that the cells can experience far more damage, making them unusable for cloning.

“To date, the only cells that have produced offspring after freeze drying are mature spermatozoa [sperm],” the team wrote.

The new work went for the impossible: can we clone an animal from freeze-dried somatic cells?

In the first round of experiments, the team isolated cells from female mice that usually support the egg cell. They tossed the cells in two protective chemicals and freeze-dried the samples in liquid nitrogen. It wasn’t pretty: the protective membrane of all the cells broke, with signs of shattered—but relatively intact—DNA.

Plowing ahead, the team then rehydrated the frozen sample after up to eight months in storage. From the lifeless powder they isolated the nuclei, the seed-like structure housing DNA, and transplanted it into an egg cell that had its genetic material sucked out. It’s like replacing the text of one book with another—completely changing its biological meaning.

It got more complicated. These initial “edited” egg cells couldn’t reproduce, likely due to DNA and epigenetic damage. As a workaround, the team used the cells to form multiple embryonic cell lines. These are resilient workers, especially efficient at correcting DNA damage.

Once thriving, the team then sucked out their genetic material and injected it into eggs from mice with black fur. The resulting embryos were left to develop in mice with white fur—the surrogate mother. All resulting pups took on the shiny black fur of their DNA donors, with perfectly normal weights and fertility.

“After maturation, we randomly selected nine female and three male cloned mice for mating with normal lab mice,” the team explained. In roughly three months, all of the cloned female mice gave birth to the next generation—with four paws, whiskers, and mousey-habits intact. Repeating the experiment with skin cells from the tip of the tail, the team cloned another dozen or so mice.

The recipe didn’t exactly go as planned. In one strange trial, the team used cells from male mice to clone the next generation, and all of the offspring became females. Digging deeper, they found that somehow the Y chromosome—designating a biological male—got lost during the process, leading to an all-female island of Themyscira.

To the authors, it’s a kink in the process, but not a blowout for practical use. “These results suggest that even if Y chromosome loss does occur, this technique can still be used to the available genetic resources in extreme circumstances, such as almost extinct species,” they said.

The technique is far from perfect. It’s tedious, has low success rates, and still requires freezer storage temperatures that make it prone to energy grid failures.

To Dr. Alena Pance at the University of Hertfordshire, who was not involved in the study, the most important question is how long the genetic material can be stored. “It would be paramount to show extended, indefinite storage in these conditions for this system to provide an effective long term preservation of species and samples,” she said.

The authors agree that there are more mysteries. The body may have a harder time repairing DNA damage in somatic cells compared to sperm, which draws away their energy from developing a fully-functioning egg. Their epigenetics—which regulates how genes turn on or off—may also be messed up because of incomplete reprogramming.

Yet this is just the first step. Somatic cells are easier to capture compared to reproductive ones, especially for infertile or juvenile animals. Doing it easier and cheaper is a plus. The team is now looking to capture genetic material from cadavers or feces to broaden the scope.

Thankfully, this is one of several approaches by scientists and innovators around the world to address the biodiversity crisis.

Another key player in this fight is the de-extinction company Colossal, which is using CRISPR and genetic engineering in revolutionary ways to preserve biodiversity.

Ultimately, it will be the combined power of multiple techniques that holds the most potential for changing the world.

Want to track the latest developments in longevity and exponential technologies?

I host a year-round Executive Mastermind of entrepreneurs, investors, and CEOs called Abundance360.

If you’d like to learn more and see if you’re right for the program, learn more here.

Think *inside* the box to boost innovation