What it is: Volvo Trucks has developed a new self-steering truck used to transport newly harvested sugarcane. Currently, trucks drive alongside workers as they pick the cane, often trampling the young plants that will become the next year’s harvest in the process. Guided by GPS receivers and fitted with two gyroscopes to ensure precise steering (to within 25 mm laterally from its course), Volvo’s technology is significantly enhancing yields (as much as 4%) while improving worker safety at the same time.

Why it's important: As we have seen with Otto’s long-haul trucking in the U.S., and Yara’s autonomous shipping vessel in Norway, robotics and autonomous systems are already being applied in sectors that fall outside of taxis and ridesharing. Look for continued disruption in all areas that require some form of transportation, and for significant cross-pollination between them. | Share on Facebook.

What it is: Vanderbilt University and Colorado State University recently developed a new system called WIPER that uses ballistic shockwave sensors embedded in tracking collars to help save endangered African elephants. The system sends coordinates to authorities immediately after the sensors detect gunshots. Vanderbilt is the first to use shockwave detection technology in the push to help save elephants from poachers. Although elephant poachers attempt to minimize the sounds their weapons produce, high-powered gunshots produce an acoustic shockwave that poachers cannot supress and WIPER technology can detect. Vanderbilt plans on making WIPER an open-source feature for future wildlife tracking devices.

Why it's important: This article is a great example of how the ever-expanding mesh of networks and sensors provides us with high-bandwidth communications and immediate, near-perfect information. By making technology like WIPER freely available to other wildlife tracking manufacturers, we'll be able to stop poachers in their tracks for good -- and we may even find use cases for metropolitan law enforcement. | Share on Facebook

Boeing Studies Pilotless Plans as it Ponders Next Jetliner 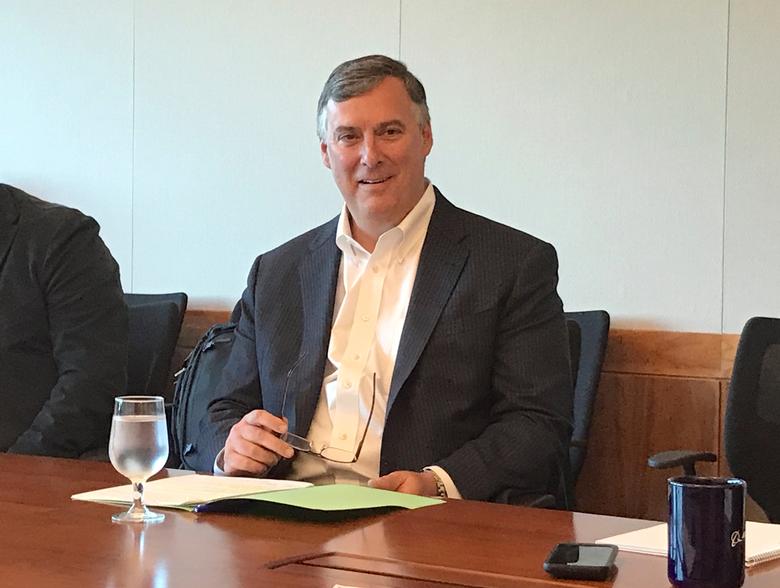 What it is: In a briefing for the Paris Airshow, Boeing, the world's biggest plane maker, revealed their recent research on self-flying planes. Boeing believes that the basic building blocks of the technology already exist, and that pilotless plans will soon be tested against the safety standards of air travel. Airlines are on board with Boeing dabbling in this technology, as it's projected the airline industry will need to add 1.5 million pilots over the next 20 years as travel demands around the world continue to rise. In addition, Boeing is developing a cross between its narrow-bodied 737 and wider 787 Dreamliner aircraft that will be available around 2025.

Why it's important: We are heading towards a future of massively transformative flying transportation. From Airbus' plan for autonomous flying cars by 2021 to Uber's "Elevate" network for alleviating congested roads to Boeing's self-flying planes, key players are well on their way to massively disrupting the transportation industry, transforming how we move around the planet. | Share on Facebook

What it is: As part of an effort to bolster its R&D capabilities, Softbank announced its intention to acquire robotics leaders Boston Dynamics and Schaft from Google. It’s likely that the two companies may eventually be incorporated into Softbank’s $93 billion Vision Fund, which invests in technologies with massive near-term impact such as Artificial Intelligence and robotics.

Why it's important: Boston Dynamics will now have the backing of a fund and presence in Tokyo and Asia, where humanoid robotics are more culturally accepted. Will this environment enable Boston Dynamics to experiment and innovate at the scale and speed desired? | Share on Facebook

What it is: Washington Governor Jay Inslee recently signed an executive order that allows autonomous car companies to apply for self-driving car pilot program tests on the state's public roads. In a blog post, the governor revealed details from an official order that stated around 94% of all auto accidents are caused by driver error, and he believes self-driving cars could greatly help reduce this percentage.

Why it's important: Today, about 32,000+ motor vehicle deaths occur per year in the U.S. alone, and auto accidents remain the leading cause of death for children younger than age 13. McKinsey predicts autonomous vehicles could reduce U.S. auto accidents by 90%. Which states will be willing to experiment with self-driving car technology, and which ones will stifle innovation through regulation? | Share on Facebook

What it is: Following previous research they conducted in February, a team at the UNC has created another application of machine learning that can detect autism in infants as young as 6 months old with a high degree of accuracy. In February, the team looked at structural changes in the brain, while the most recent algorithm looked at functional changes via a functional connectivity MRI (fcMRI) to measure the activity of 26,335 brain connections across 230 regions. Notably, this study yielded no false positives, but did miss 2 out of 11 cases when tested on a set of 59 6-month-olds who later developed autism.

Why it's important: As the authors note, when research begins to combine advances in multiple brain scan data types with environmental factors and behavioral notes, early and highly accurate prediction is within reach. Look for similar advances in prevention and cures powered by applying machine learning to improved sensor data across many new streams of information. | Share on Facebook

Fabrication Technology in the Fourth Dimension

What it is: Researchers at ETH Zurich have taken a major step forward in 3D and 4D printing by creating a construction principle that can produce load-bearing and predictable structures. By adding actuators that place the objects in either a retracted or extended position, the team can use software to predict and simulate what an object will do or perform.

Why it's important: Printing 3D objects in one dimension brings massive efficiencies not only for the speed of manufacturing, but also for delivery and storage. As researchers experiment with new materials, look for medical use cases like stents and construction solutions like ventilation systems to emerge. | Share on Facebook

Lessons From Aluminum – Nothing Is Scarce!