Lenovo pilots VR as an alternative to general anesthesia for kids.

What it is: As doctors realize the immense potential of Virtual Reality in medical training, practitioners are now exploring equally profound medical applications of VR, namely its use for distraction of patients during surgical procedures. In partnership with the Starlight Children’s Foundation and (mobile device management provider) SOTI, Lenovo is now testing VR headsets as an alternative to general anesthetics for kids. Using largely off-the-shelf headgear and software—Lenovo Mirage Solo headsets and games curated by Starlight—participating hospitals, such as Children’s Hospital Colorado, have already seen impressive results. Whether in alleviating panic, pain, or similar side effects, the VR distraction aid has proved successful in everything from lumbar punctures and dressing of damaged limbs to endoscopies when combined with a local anesthetic.

Why it’s important: While the use cases of virtual reality in entertainment and even education are fairly obvious, a slew of niche applications across medicine are only now beginning to surface. Particularly as virtual reality technology grows ever more hyper-realistic, thanks to surging bandwidth and resolution, resulting virtual experience products will soon be capable of addressing immersive distraction (in medical and other contexts) and even potentially long-term pain relief in adults.

Lab-grown meat gains muscle as it moves from petri dish to dinner plate.

What it is: A Harvard research team has now created lab-grown rabbit and cow muscle cells that resemble the texture and consistency of their animal counterparts. By applying regenerative medicine to food, the team at Harvard John A. Paulson School of Engineering and Applied Sciences (SEAS) created an edible gelatin scaffold that could transform the scalability of lab-grown meat. Animal meat is primarily composed of skeletal muscle fibers that must adhere to a structure to grow. The team decided to create this structure out of gelatin using immersion Rotary Jet-Spinning (iRJS), which uses centrifugal force to spin long nanofibers of specific shapes and sizes. The gelatin fibers resemble the extracellular matrix and promote muscle cell growth. Eventually, the team hopes to design meats with defined textures, tastes, and nutritional profiles— all at an affordable price.

Why it’s important: Livestock contributes 14.5% of total greenhouse gas emissions worldwide. Yet the global market for meat is worth upwards of US$1.8 trillion. One third of human-consumed calories come from meat products, and the average American today eats 220 pounds of red meat and poultry each year (up from 167 pounds in 1990). To curb the detrimental environmental damage associated with these consumption habits, we need an alternative that tastes just as good. While many lab-grown meat companies have mastered texture, issues of price and scale still hinder widespread adoption of their products. The SEAS team’s gelatin scaffold technology could solve both challenges, as it allows muscle cells to quickly grow and can be ingested alongside meat. Now increasingly price-competitive, numerous lab-grown products, like Clara’s egg substitute and Memphis Meats’ meatballs, will soon begin to undercut plant-based products on the market today. But beyond economics, a host of new food tech advancements are allowing us to customize nutritional content, flavor profiles, and texture. 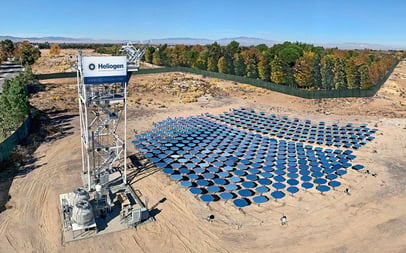 What it is: Bill Gates-backed startup Heliogen recently unveiled its solar concentration technology, one expected to “commercially replace fuels with carbon-free, ultra-high temperature heat from the sun.” Founder Bill Gross (who also founded Idealab) has been working on the company in his very own incubator, alongside numerous other clean energy startups. The first of its kind, Heliogen’s system consists of a computer vision software that coordinates a large array of mirrors to reflect sunlight at a single target, which can then supply up to 1,000 degrees C of heat. This extreme amount of heat is necessary for industrial processes like those used to make cement, steel, and other materials, the production of which contributes to one-fifth of global fossil fuel emissions, according to Bill Gates. If companies purchase Heliogen’s system outright, however, Gross claims the technology could pay for itself within 2-3 years, reducing firms’ fossil fuel emissions by up to 60%.

Why it’s important: Electricity accounts for less than a quarter of global energy demand. Heliogen’s technology addresses a large chunk of the remaining 75% by providing an alternative energy supply for large industrial needs. Sunshine is a free commodity, and this simple fact offers a tremendous economic incentive for businesses to invest in effective concentrated solar power. Although our individual daily energy decisions impact the environment, large corporations can stand to both gain from and contribute to the shared pursuit of a zero-emissions future. While most heavy industry players rely solely on fossil fuels to achieve high temperatures, systems like that of Heliogen could provide long-term energy alternatives, capitalizing on an essentially free asset: the Sun.

What it is: Programming researchers at OpenAI recently taught a group of AI bots to play hide-and-seek, unleashing them in teams of up to three agents on hundreds of millions of back-to-back games. While the AI hiders and seekers began with a clean slate and no play instructions, they soon learned to chase and hide, build fortifications (at about the 25 million-game mark), and even uncover unexpected uses of unusual tools. Engaged in a cat-and-mouse battle, OpenAI’s bots gradually learned increasingly complex attack and defense strategies. After nearly 390 million games, for instance, seeker bots learned to use virtual boxes to “surf” around the arena and gain visibility— a strategy quickly stymied by hiders, which learned to lock these boxes and prevent surfing after about 458 million games.

Why it’s important: The rapid progression of OpenAI bots’ game-playing strategies over millions of iterations, yielding advantageous traits, has been likened by some to the evolution of human intelligence. Yet more importantly, OpenAI’s algorithms demonstrated the remarkable ability to identify creative uses for undefined tools, paving the way for AIs that might soon solve far more complex strategy-related problems in unstructured contexts. According to Danny Lange, VP of AI at Unity Technologies (a game engine company), “There’s nothing here that prevents this from [...] going on a path where tool usage gets more and more complex.” Such complex tool usage (a hallmark of human intelligence) appears to be further spurred on by AI game play, as competitive environments prompt algorithms to learn from and circumvent their own mistakes over time.

Quantum computers learn to mark their own work. 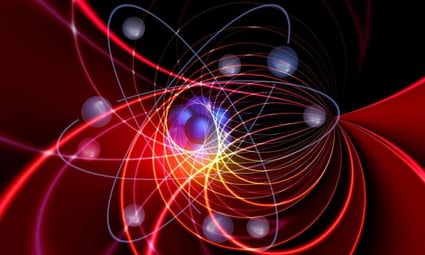 What it is: Researchers at the University of Warwick have now devised a method to check answers output by a quantum computer. By using problems for which answers are already known, the team is able to quantify the effect of noise within the computer, creating two percentage metrics for determining accuracy. The first metric is an estimate of how close the quantum computer’s answer is to the real answer, while the second is a confidence score of that closeness. In this way, quantum computer engineers can further refine the machines, identifying sources of error and paving the way for future applications.

Why it’s important: By definition, quantum computers are designed for problems that would take classical computers an exponential amount of time to solve. Thus, in the past, researchers required exorbitant classical computing resources to error-check their answers—a task that quickly becomes infeasible in the case of applications designed for quantum computers. Yet with the researchers’ newly developed protocol, quantum computing systems can check themselves, independent of large servers, and thereby provide far more utility. 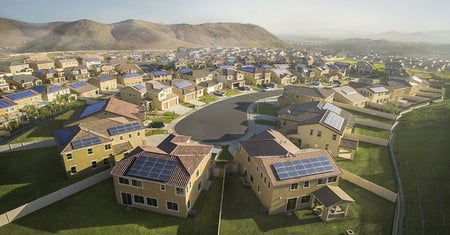 What it is: Last month, after a large power plant suddenly went offline in Queensland, Australia, an unlikely renewable contender came to the rescue. A distributed solar and battery project, the South Australia Virtual Power Plant (VPP)—led by US Battery and Tesla—aggregates stored solar resources from hundreds of homes with rooftop photovoltaic power stations (or rooftop PV). On October 9th, when the coal-fired Kogan Creek power station in Queensland tripped, reducing supply by 784 MW and putting the grid at risk, the VPP had a chance to prove its utility. Detecting the drop in frequency, the VPP immediately injected power from its 900+ systems back into the grid, helping to stabilize the system.

Why it’s important: Kogan Creek is the largest single power plant in Australia, so a distributed renewable energy network’s ability to immediately step in has drawn significant praise throughout the country and beyond. Today, energy storage is a key limiting reagent in our efforts to popularize renewable sources, critical to buffering the variability of solar and wind. Demonstrated successes in distributed storage at grid scale could thereby have a considerable impact on widespread adoption of solar and microgrid technologies, particularly in the case of residential rooftop solar PV systems.